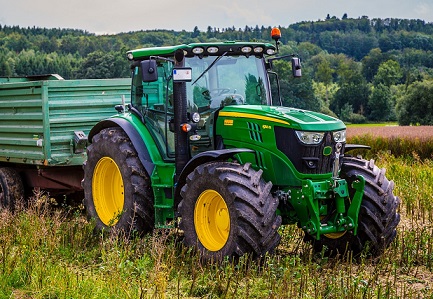 For the third year in a row, agriculture, forestry and fishing has been named the most dangerous industry in Australia, according to a new analysis from finder.com.au.

Agriculture, forestry and fishing saw 44 fatalities and 3,510 serious injuries in 2016, according to the research, compiled from the latest Safe Work Australia data, which examined compensation claims and fatalities by industry.

Transport, postal and warehousing was rated as the second most dangerous industry, followed by construction.

On the other end of the spectrum, financial and insurance services, there was only 620 serious injuries and no fatalities in 2016.

“While agriculture, forestry and fishing sees less fatalities than other industries, it has a far higher incident rate as a proportion of the number of workers, and that’s what makes it more dangerous,” said Cooke.

The analysis also revealed that electricity, gas, water and waste services industry has jumped four spots up to to fifth spot, while mining has dropped down a position to seventh from the year before.

The data also shows 69% of all fatalities for 2016 occurred within the top three most dangerous industries. However, historical analysis indicates that fatalities have decreased overall.

“It’s not all bad news since workplace fatalities and injuries have decreased by 41% and 21% respectively since 2007,” said Cooke.

“Sole traders and independent contractors aren’t covered under workers compensation like regular employees are, so they should consider income protection as a safety net,” he added.

Clyde & Co Partner Alena Titterton said that as part of a proactive safety risk management approach, organisations need to understand when circumstances have changed and revisit their assumptions around whether their systems and control measures are still effective.

"Many organisations will charge ahead without thinking through safety ramifications of strategic changes, reacting when it's too late," said Titterton.

"A failure to appreciate and plan for change is a consistent aspect of the story told in a significant number of serious incidents we investigate."

Most dangerous industries in Australia, according to finder.com.au: