Penalty rate changes – what you need to know 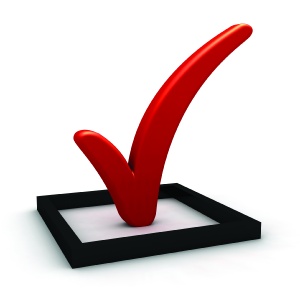 On
Monday, the Fair Work Commission ruled that the full extent of the cuts to Sunday penalty rates for fast food, hospitality, retail and pharmacy employees will not take effect until 2020.

Cuts of only 5% will begin this year on July 1 for the aforementioned industries, with greater cuts scheduled in 2018, 2019 for fast food and hospitality employees.

This means the changes to Sunday rates will be phased in as follows:

However, the phase-in period could be delayed even further, as unions are seeking to delay the cuts for several months so it can challenge the decision in the federal court.

United Voice has announced that it would appeal the cuts on grounds the commission failed to properly consider employees' living standards and the impact the cuts will have on the "lowest paid workers in the country".

"We are appealing to reinstate the principals of our wage setting system," said national secretary Jo-anne Schofield.

"The commission has failed to live up to their responsibility to uphold and improve the living standards of the low paid."

Moreover, the Australian Council of Trades Unions is preparing a TV campaign to pressure Liberal and independent MPs to stop the cuts.

In a statement, the Minister for Employment Michaelia Cash said the Turnbull Government’s position has remained consistent.

“In the same way interest rate decisions are determined by the independent Reserve Bank, the setting of award wages and conditions are a matter for the independent FWC to determine, not the Government,” said the statement.

“The adjustments to Sunday penalty rates will even the playing field for Australia’s small businesses, which have to pay more for staff on Sundays than big businesses who do deals with big unions.

“This will help thousands of small businesses open their doors, serve customers and create jobs on Sundays.”

Meanwhile, the shadow Minister for Employment and Workplace Relations Brendan O'Connor said the Transitional Arrangements decision by the FWC confirmed the worst fears of workers – penalty rates cuts on Sundays and public holidays will start on 1 July 2017.

“The solution is simple – these cuts can be stopped if Malcolm Turnbull supports Labor’s legislation to do so,” he said.

“The Prime Minister can support that legislation when Parliament resumes on Tuesday June 13 and it will ensure no worker has to have their pay cut as a result of this decision.”

"The hotel sector is going through its largest-ever expansion period and given that the industry is a 24/7 industry it was important that rates on Sundays and public holidays reflect the modern working environment," said the Tourism Accommodation Australia chair Martin Ferguson.

The FWC ruled that for full-time and part-time workers in the retail and pharmacy sectors, Sunday penalty rates cuts from 200% to 150% will be staggered until 2020.

Moreover, fast-food employees will have their 150% Sunday rates cut over the next three years until 2019.

While hospitality workers' Sunday pay will gradually fall from 175% to 150% over the next three years.