New Australia Post boss to get $2.8m less than predecessor 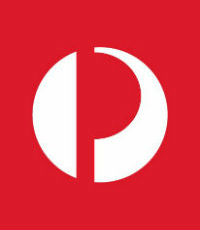 The new boss of Australia's postal service will be paid less than half the $5.6 million Australian dollar salary package that made her predecessor Australia's highest-paid public servant.

Christine Holgate was named as the new managing director and chief executive officer of Australia Post on a salary of $1,375 000 plus a performance pay of up to the same amount, a government statement said Tuesday.

Her predecessor Ahmed Fahour announced in February he would quit the government-owned corporation, two weeks after his pay was made public by a Senate committee and sparked a political furor.

Holgate has been chief executive of Blackmores Group, the Australian manufacturer of vitamins and dietary supplements, since 2008, and in 2015 was named Australia's CEO of the Year by the Melbourne-based CEO Institute.

Prime Minister Malcolm Turnbull, who complained that Fahour had been paid too much, welcomed Holgate's appointment.

"It is a great Australian and a great hire,'' Turnbull told Melbourne RadioTriple M, before Holgate was officially named.

Her pay raises will be decided by the Remuneration Tribunal, the same independent statutory authority that sets the pay for federal lawmakers, judges and senior bureaucrats. Fahour's pay had been decided by Australia Post's board of directors.

Fahour leaves Australia Post on July 28. Holgate take up her appointment in October, after leaving Blackmores on Sept. 29.