Performance management traditionally focuses on the high-flyers or those at the other end of the spectrum, but studies show re-thinking the system can help businesses in the long run. 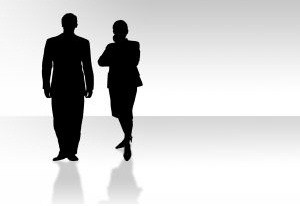 Performance management traditionally focuses on the high-flyers or those at the other end of the spectrum, but studies show re-thinking the system can help businesses in the long run.

The recent issue of Hays Journal indicated that employers who invest in a broader pool of workers, and actively work to improve their performance, are likely to reap greater benefits. “In today’s increasingly complex business environment some organisations are now challenging the narrow focus of the past,” Lisa Morris, regional director of Hays Human Resources, explained.

Hays research has demonstrated that focusing solely on top performers can lead to unsavoury results, with those at the top trying to keep mid-level workers down to maintain their positions. The hierarchy that performance management fosters can add to the problem.

Regardless of whether a worker is classified as a ‘top performer’, an ‘average performer’ or an ‘under performer’, avoiding performance conversations can cause more problems later on – especially for poor performers. “I know of an example of poor performance that was ignored, under managed, then passively managed for well over a year – resulting in literally hundreds of hours of lost productivity,” Tammy Tansley, principal of Tammy Tansley Consulting, said.

According to Tansley, identifying the employee’s knowledge of the role, possible skill gaps, as well as if the employee simply wants to do the work are the key areas to address when tacking on low performance. External factors such as family life should also be examined.

Hays’ research demonstrated the solution may be to measure potential instead of performance. “Performance is something of a lazy measure since it is somewhat easier to define than potential and, therefore, arguably easier to reward against,” the paper stated.

The good news for managers reluctant to shift their focus completely is that there are other options. “Too many firms have performance or talent management strategies designed to make staff feel good, but they don’t actually fit what the business is trying to do,” Aileen O’Toole, HR director at eBay told Hays.

“Innovative approaches include using a model of ‘continuous’ performance measurement rather than an annual review; measuring ‘capability’ rather than ‘potential’; and benchmarking staff performance in terms of work relationships,” Morris added.

Changes to the current model of development are relatively new, but Morris warned that businesses should take note. “This sort of innovative thinking is how these organisations stay ahead of the pack,” she added.