Lighter side: Workers who take living the job to a new level

Google provides its employees with so many perks that some of them have reportedly made work their home as well. 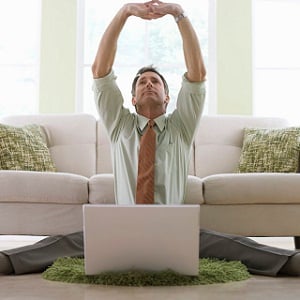 an style="line-height: 20.7999992370605px;">The expression “living and breathing the job” is supposed to be metaphorical, but some Google employees are so enamoured of the company’s free perks that they’ve decided to take it literally. The company’s Mountain View headquarters became home to some sneaky workers, who took advantage of things like complimentary meals, a free laundromat and nap chairs, the Daily Mail reported. Two former employees told their tales of living on Google’s campus on the site Quora. One employee wrote that although they weren’t technically supposed to live there, some got around the rules by living in their cars in the parking lot. Former programmer Ben Driscoe lived on campus in a custom conversion van for more than a year to save money. Google site ecologist Matthew J Weaver told the Mail he also lived in the Google parking lot for 13 months in 2005 and 2006 in an RV. The living situation started as a dare from a co-worker but ended up being “excellent” for his career. “We would hold regular parties at the RV on Thursdays when the weather didn’t suck. I had an astroturf lawn and a white picket fence,” he said. However, it wasn’t all parties. He said that the winter weather filled his camper with condensation and he found it hard to maintain work-life balance while living on site, often working 80 to 90 hours per week. Would you consider living at work if your company offered perks like Google does?