Tweeting insults about colleagues, even nonsensical ones, is a sure-fire way to land yourself in trouble, as former PayPal director of strategy Rakesh Agrawal discovered. 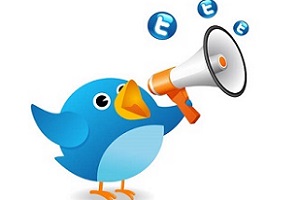 Sen
ding texts or using social media when you’re having a night out and using an unfamiliar phone is a dicey proposition at best, but it didn’t stop former PayPal director of strategy Rakesh Agrawal from tweeting up a poorly-spelt, sometimes nonsensical storm.

The Business Insider reported that after being in the job for less than two months, Agrawal took to Twitter to insult some of his colleagues while he was at Jazz Fest in New Orleans.

He referred to one colleague as a “useless middle manager” and a “piece of ****”, but the tweets descended into incomprehensible statements, like “People who should be fire from Paypal Don Christmas a pool a kick” and “I quit pay a tonight because of self at son and aortic and ah our and hill e a s th”.

He later tweeted that he had been trying out a new phone and that the tweets were meant for a colleague and were supposed to be private.

“Note to self: don’t test a new phone when sleep deprived after working your ass off for 20 hours a day while on vacation,” he tweeted.

The next day, he also tweeted an apology to PayPal’s president, David Marcus, and vice president of growth and global strategy, Stan Chudnovsky.

The PayPal Twitter account later responded with, “Rakesh Agrawal is no longer with the company. Treat everyone with respect. No excuses. PayPal has zero tolerance.”

Agrawal hit back, posting that the PayPal tweet was “factually correct but utterly misleading” and that he had resigned before the sending the controversial tweets.