It’s Know Bull! Day, Australia’s national workplace anti-bullying day. HC takes a look at what you can do to help banish bullying from the workplace. 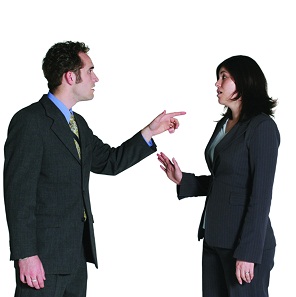 Wor
kplace bullying has been in the spotlight recently, with new anti-bullying measures introduced by the Fair Work Commission earlier this year and today is the 6th annual Know Bull! Day, which is designed to raise awareness of workplace bullying.

According to the Know Bull! website, two-thirds of workplaces have an “active bully”.

The website also reports that seven out of 10 people who experience or witness bullying leave their jobs because of it.

“It starts from the top down. You can have all the policies and procedures in the world, but unless the workplace culture is such that every manager and employee knows that bullying is not on in their workplace, you’re going to have incidents of bullying somewhere.”

She said in cases where an employee bullied a co-worker, it was harder for employers to monitor the behaviour than in cases where managers bullied their subordinates.

“When you’ve got a case of workers bullying other workers, that is harder for an employer to monitor because bullying can be very insidious. It can be subtle behaviour like sideways glances or mumbling under the breath as the worker walks past them.”

“Even simple things like noticing which workers are always going out for coffee together and then noticing the week when, all of a sudden, they’re no longer having coffee together. In fact, they’re not even talking to each other. What’s happened?

“Find out, because those sorts of things can escalate and all of a sudden you’re slapped with Fair Workers Compensation claims and bullying by one worker to the other. If you’d noticed the signs early on, you might have been able to mediate some sort of solution.”

It was much easier for managers to monitor incidents of bullying by management to workers, she said.

“Employers can address bullying by providing the right management training and training managers in what is reasonable management action. It’s all very well for a worker to have stuffed up and been called into the office and given a warning. But it’s the fair process that has to be accorded to that worker that will avoid any allegation of bullying.”

As of March 31, the Fair Work Commission had received 151 applications for stop bullying orders, but only one was granted.