The fast-food retailer has been fined $105,000 two years after a teenage employee fell into a vat of cooking oil 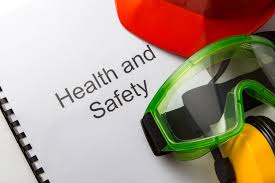 A KFC outlet in Adelaide has been convicted and fined after a young cook fell into a vat of cooking oil and suffered burns to 9% of his body.

The Industrial Court convicted KFC over the incident, which was its first work health and safety conviction.

On 15 May 2015, the 16-year-old cook stepped backwards and fell into a tank of hot oil which had been placed by another young worker on the floor behind him without warning him.

The 17-year-old colleague was showing a trainee how to clean an oil filter in one of the cookers and left the vat of oil on the floor, behind the cooking station.

He was on his fifth three-hour shift at the KFC restaurant when he fell into the 51-litre tank, which was about half full.

The 16-year-old suffered burns to his lower back, buttocks, right elbow and left shoulder.

KFC was charged with offences under the Work Health and Safety Act 2012 (SA) for failure to provide a safe working environment free of tripping hazards and failing to maintain a safe system of work by not providing and maintaining a working procedure for filtering hot oil.

Moreover, they failed to provide adequate information, training and supervision for the tasks of filtering, changing, removing or cleaning oil from a cooker.

HC contacted KFC for comment and a spokesperson said: “No injury in any of our restaurants is acceptable. We have been working closely with SafeWork SA to ensure this type of incident does not happen again.

"The welfare of our people is of upmost importance and we are committed to creating the safest possible environments in our restaurants.”

Magistrate Lieschke said although KFC had identified the hazard of hot surfaces, it had failed to specifically address the hazard of hot oil and where the used oil tanks should be placed once they had been removed from its cookers.

“As a result, a 17-year-old trainer, a necessarily inexperienced youth, was left to work out a system for performing the task and instructing new employees, in this instance as to an unsafe procedure,” Lieschke said.

“I accept that KFC did have a system of training that included some online learning, on-the-job training and skills assessment, together with general safety awareness instructions for trainers. However, the system was clearly deficient, as admitted.”

The initial penalty of $175,000 was reduced because of KFC’s early guilty plea.

“When young workers are involved business operators should be particularly mindful of ensuring they are aware of the hazards and risks in the workplace and are trained in safe systems of work,” Soulio said.

The teenager returned to work at KFC just six weeks after the incident and received $73 a week in workers' compensation for the time he spent recovering.

After hearing his victim impact statement in court, the company gave him $15,000 in reparations.

KFC has also changed its cleaning practices and no longer uses water in cleaning oil filters.