“It’s not a ram it down your throat wellness approach”

HC talks to Reni Otter about how Fraser Properties is using a smart, passive workplace design to boost employee wellbeing 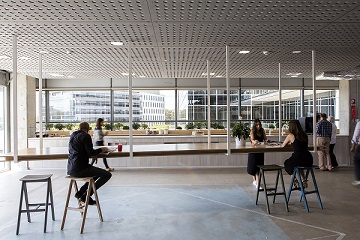 In an attempt to improve employee wellness, innovation and leadership, Frasers Property Australia (formerly known as Australand) has unveiled its new head office located at the Rhodes Corporate Park in Sydney.

Reini Otter, executive general manager commercial & industrial, said the design reflects the corporate values and culture of their business, as well as their future aspirations.

“What I personally like best is the inherent passive design approach that we have adopted here that encourages movement,” Otter told HC.

“This include basic things – for instance, we all come in the one entry door which has a social aspect to it as well.

“Additionally, we have one central communal café and kitchen area called The Steps, whereas before we had four separate areas.

“Everybody also has lockers rather than storage at their desks - so all of these passive measures means that you have to move more." 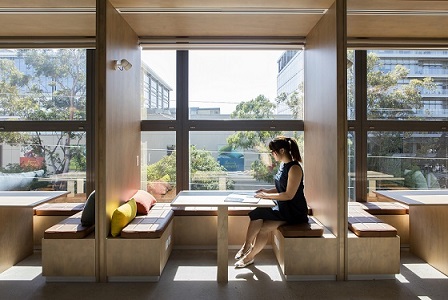 Otter added that it’s not a ‘ram it down your throat’ kind of wellness approach. Rather, it’s a smart, passive design that encourages the outcomes that they want.

“What we are noticing is that the cultural aspects are great as well,” he said.

“You have got more visibility among people, people are seeing each other more and they are speaking more.

“It’s all about mental, as well as physical wellbeing.”

Otter said the company also wanted to encourage a much higher level of engagement and knowledge sharing both within teams and between teams.

“One thing we are very focused on in our business is empowering the right people and giving them the autonomy to do their job effectively,” he said.

“If people feel empowered in a workspace then that attitude flows through to how well they do their jobs.” 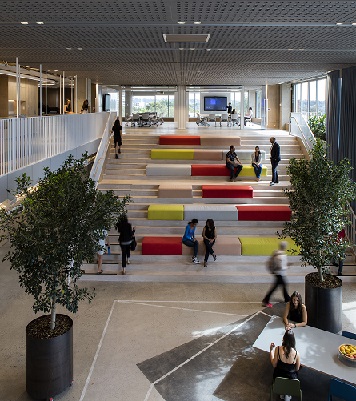 Five key principles that shaped the design include:

“Fundamental to the design is the belief that the built environment can directly affect our health – making employee wellbeing a top priority,” added Reini.

“Flexible work spaces also promote innovation and evolution. The workplace is an enabler for team building, coaching and developing people. Teams need to be given autonomy and a platform needs to be provided for decision making and ownership.”

Some of the wellness features include: