Is workplace bullying on the rise? 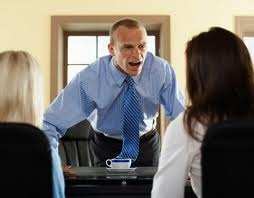 A report released late last year created headlines when it concluded that workplace bullying was steadily increasing in Australia, with 9.7% of workers experiencing bullying and 32.6% of those being bullied on a weekly basis.1 But is this more perception than reality? Bullying has been a widely reported taboo at work for many years now, and it seems incongruous that, with all the awareness training, policy work and organisational attention unlawful behaviours would be on the rise. Without diminishing the devastating effect that bullying can have, is it not the reality that employees are more likely to attach the label to behaviours rather than there being any actual increase in true workplace bullying?

My experience is that the most common grievances dealt with by organisations are allegations of bullying made by employees against their supervisors or managers. However, once investigated, it is unusual for such allegations to be substantiated. Leaving aside those complaints that can be readily dismissed, more usually a fi nding that there has been a communication breakdown or less than ideal management techniques is the outcome. This mismanagement or communication failure creates frustration, tension and often distress, but it is not unlawful bullying.

A definition of bullying
Nobody likes to be performance managed. Nobody likes to have a manager whose style and approach clashes with their own, and nobody likes to have a difficult relationship with their manager. When any of these issues arise, work can become stressful and riddled with tension. In those circumstances, it is not surprising that an employee answers in the affirmative when they are asked if they have experienced bullying – defined as the following: “offensive behaviour has to occur repeatedly over a period of time and the person confronted has to experience difficulties defending him or herself”.2

A ‘REASONABLENESS’ TEST
Whether or not someone finds the behaviour of another offensive is entirely subjective. The legal test applied, however, is one that is objective in nature and based upon a test of reasonableness. This is the reason for the divergence between perception and reality. It is absolutely the case that a difficult working relationship can cause distress and anxiety, but this effect should not automatically lead to the conclusion that the behaviour causing the problem was unlawful or even unreasonable.

The anti-bullying jurisdiction of the Fair Work Commission has borne out this conclusion. If workplace bullying was as prevalent and increasing as reported, then surely there would have been numerous orders being issued by the Commission to curb such behaviour. Instead, in three years, only a small handful of successful applications have been made, and those orders have almost entirely involved small businesses that lack the policies, training and systems that more sophisticated employers accept as the norm. Instead, the Commission has routinely rejected applications in a series of decisions which have taken a sensible approach to the issue, highlighting that performance management, workplace tension and conflict are all normal hallmarks of the workplace and not to be mistaken for unlawful bullying, regardless of how the employee feels about their treatment.

Bringing it back to reality
This does not mean that bullying does not occur, but it does in my view mean that the emphasis should be on two key aspects of workplace interaction.

Firstly, employees need to understand that workplace tension, difficult situations and relationships do not necessarily create bullying and instead are circumstances that need to be addressed through training, discussion and mediation, rather than resorting to bullying complaints.

Secondly, focusing on managers’ skills is vital in reducing tension to begin with. Managers need to be confident about giving performance feedback and having difficult conversations. They need to understand and appreciate that employees have to be managed in different ways, and be aware of perceptions and personality types. Not everyone responds to the same management style and managers need to be adaptive and responsive.

Cultural change can also be assisted by organisations taking a less formal approach to workplace complaints when any reasonable assessment of the complaint concludes that the behaviour is not bullying as defined by the law. I often see employers automatically launch into formal investigations of bullying complaints when an informal approach would have been more appropriate. The employer feels it is mitigating legal risk, but in reality a standard formal approach, when the allegations are not of a serious legal nature, can instead enable a culture of complaint, rather than teaching employees that difficult relationships need to be resolved through other means. A good policy is drafted to enable a flexible and discretionary approach to dealing with complaints, which can then free up valuable HR resources to manage the relationship issues at the heart of the problem.

Time to refocus
While employers always need to reinforce a zero tolerance approach to bullying within the workplace and discharge this fundamentally important legal duty of care towards employees, it is also the case that employees need to understand that resilience is a vital quality. My view is that employers have a very good understanding of their obligations with respect to workplace bullying and all that I deal with have the required systems, training and policies in place. Rather than an increase in unlawful behaviour, we are experiencing an increase in the labelling of difficulties as bullying. We need to change the dialogue on this issue and focus instead on ensuring that everyone in the workplace understands how to manage difficult situations and relationships within teams.

Alice DeBoos is a partner and global practice area leader of the Labour, Employment & Workplace Safety team at K&L Gates.