Is intrapreneurship the key to innovation?

One leading expert in entrepreneurialism says that companies can reach new heights by encouraging a new kind of creativity amongst employees. 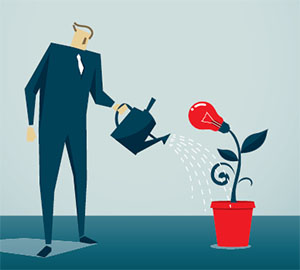 Acc
ording to Jack Delosa, founder of entrepreneur educational institute The Entourage, employers can promote innovation through intrapreneurs: workers who take full ownership of their role and responsibilities while thinking creatively about their function and the value they bring to the firm.

“A traditional employee comes to work, watches the clock, gets their pay and is relatively disengaged,” he said.

This group of workers can even share some of the risk-taking characteristics of entrepreneurs, Delosa added, although this may be limited by the structure of the organisation.

“There are certain political dynamics in play in any existing corporation so for me intrapreneurship is not necessarily about thinking like an entrepreneur – it’s thinking more innovatively about your role.”

Although intrapreneurs have a tendency to want to try new things without requiring prior data to back up their decision, they will need to do this within the guidelines of the organisation.

This type of attitude is vital to bring innovation into a firm, Delosa said. However, most organisations will fail to achieve this because they use analogical reasoning: the belief that something will work in the future because it has worked in the past.

The true entrepreneur and intrapreneur will instead use principle reasoning, examining what is true today and then expanding on those foundations. Elon Musk is one such example, he noted.

“Rather than looking at what was in place yesterday as a perimeter for what’s possible tomorrow, people such as Elon Musk look at what was achieved yesterday and build out from that point.”

“Great innovation is often the result of both good and bad judgment from the past which you only learn through experience.”

To foster this kind of creativity, Delosa said that firms can back up new ideas with praise and rewards.

If employees do make a mistake, don’t jump down their throats but recognise this as an essential step along the path to learning more and innovating within the firm, he added.