How to deal with the office Kanye

Invaluable advice for anyone managing a disruptive diva who has tons of talent but absolutely zero tact. 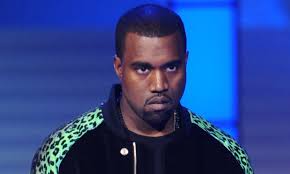 Las
t week’s Grammy awards saw the notorious Kanye West invade the stage once again as artist Beck accepted his award for Album of the Year but – as we all know – cringe-worthy capers like this aren’t restricted to the A-list.

Most employers will have to manage a mini-Kanye at some point in their career – whether it’s their inflated ego or an insatiable need for attention – thankfully, leadership coach Jack Stahlmann has some much-needed advice.

“Easier said than done, I know,” conceded Stahlmann – especially if your employee is spouting some self-righteous rhetoric – “but think about what your Office Kanye wants: attention.”

“Give it him and hear him out,” he advised. “This not only gives your co-worker the proverbial hug he so desperately wants, but it allows him to blow off steam.”

Kanye might be a multi-millionaire but he still desperately craves recognition from the media and his fans – your office Kanye is no different.

“During your listening session, make sure you are recognising that your Office Kanye does bring value to the office,” said Stahlmann. “Truly analyse and praise the results while addressing the opportunities for interpersonal growth.”

Kanye stormed up on stage – again – because he knew nobody was going to stop him; but he didn’t always think he was untouchable.

“All big problems start with a little problem,” said Stahlmann – the moment you suspect a talented employee may be turning into a bit of a diva, it’s time to take action.

If your Kanye plays down the achievements of another employee – like A-list Kanye did with Beck – make sure they know this behaviour will not be tolerated.