How Dominos served up a global HR framework 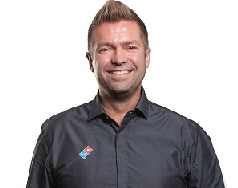 When Australian-based David Klages, group HR manager for Domino's Pizza Enterprises (DPE) was asked to establish a global framework, he utilised all 20 years of his HR experience.

The goal was to create not just a consistent HR operations framework, but also a more centralised remuneration structure spanning three continents.

Before Klages’ arrival, HR at DPE was managed by the Australian CEO and local HR teams without the presence of a group HR manager.

“There was no real dedicated HR function per se,” he said. Due to rapid growth out of Australia and into New Zealand, France, the Netherlands, Germany and Belgium and Japan, Klages was asked to create a consistent remuneration structure for the now ASX-listed company.

Apart from remuneration, the core components of the global framework are covered by the key responsibilities of Klages’ role.

“The key focus of my role is executive remuneration, talent & succession planning, diversity & inclusion, and looking at our overarching recruitment framework – so how we are recruiting people into the business and how we leverage our relationships with recruiters and make sure that the talent pipeline is sufficient,” he said.

To approach this task, Klages says understanding the history and context of the business was essential.

This included meeting with the CEO and executives and looking at the growth trajectory of the business.

“If you’re thinking about putting in a remuneration framework or other HR frameworks, you need to understand what’s going to happen in the business over the next few years.”

This was especially important in a business such as Domino’s where acquisitions as well as organic growth were both used to expand the business. Knowing the context of how the business came about and where it was going was crucial to creating this framework, Klages said.

To do this, Klages had to get ‘under the hood’ of how the business functioned – a skill he picked up as a business partner in various other organisations. He also helped to establish an HR framework for PwC in Japan, transforming HR from a purely functional department to more of a business partner role.

“I’ve always been very inquisitive around why the business is doing what it’s doing and what it’s looking to achieve over the next few years. If you work as a business partner in HR, you need to understand the business and work very closely with the business leaders as opposed to being locked away in a central HR function.”

One of the biggest challenges when creating this global HR framework was finding a single source of truth from multiple disparate systems, Klages said.

“There’s no common HR or payroll system that’s used across the globe. We also store information in different languages so trying to understand how people were paid, how long they’d been working, what their experience was, and trying to get that single source of truth was probably one of the biggest challenges that I faced.”

To overcome this obstacle, Klages leveraged the local HR networks and really worked at understanding the business. Acknowledging that establishing this framework was not going to be 100% complete from the start was also helpful, he added. “This is something that’s going to be an iterative process and we’ll need time to iron out any issues.”

Even though he was hired by the CEO with the remit to launch this global framework, Klages still had to bring the other business leaders on board. To do this, he used storytelling to ensure they really understood the need for a centralised structure.

“As a global business, our people are mobile. We need to make sure that we treat them in a consistent way or else they find out that we’re paying different rates in one country versus another. At least by having a consistent framework, you have one way of being able to explain why there are differences.”

Having aspects such as a consistent bonus approach or long-term incentive plan gives staff comfort that they’re not being treated differently, he adds. This allows people to move around Domino’s corporate network in a seamless fashion while still aligning their packages with the remuneration practices in their local region.

Actually visiting each location was crucial to developing a seamless, consistent framework across Domino’s, Klages said. “Spending time understanding the culture and differences across each of the different countries you operate in is really important. What are the unique drivers of engagement? What are the local idiosyncrasies? What are the local labour laws that might prohibit you from doing something?”

A one-size fits all approach will never work, he added, since something that applies in one location may be detrimental to staff and the business elsewhere. As an example, he said that particular long-term incentives such as stock options that can be provided in Australia may mean the employee is taxed double if they move to France.