Hours worked per year – where does Australia rank?

A fair chunk of an employee’s year is spent at work but which country is clocking up the most hours. The results may surprise you. 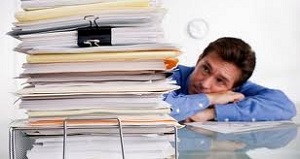 If
you’ve ever thought you spend far too much of the year at work, spare a thought for those employed in Mexico.  According to the OECD Better Life Index Mexicans work more hours per year than other OECD country, clocking up 2,250 hours annually. That’s 474 hours more than the OECD average of 1,776.

That’s more than the OECD average of nine per cent but that figure pales in comparison to Turkey who have the highest proportion at 46%.

United States
Those in the US put in slightly more hours at work that the OECD average at 1,787 hours annually. About 11% of employees work very long hours, more than the OECD average of 9%.

Canada
Canadians put in more hours annually than Australians but lag behind New Zealand and the United States. On average those in Canada work 1,702 hours a year. There also less likely to work very long hours at only four percent of the population.