Five things to know about 457 visas

From salary requirements to administrative costs, here are a few things to remember about 457 visas. 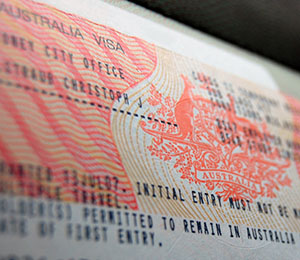 Des
pite sometimes seeming like a labyrinth of bureaucracy and legislation that seems to change its requirements regularly, the 457 visa program, if used properly, remains an excellent way of recruiting highly skilled staff.

So says Josie Marr, advisor and case manager with specialist migration consultants Acacia Immigration. She was on hand for HC Online to guide us through the key priorities for employers to remember when organising 457 visas for employees.

Requirements are ongoing
“Many businesses often undergo a company restructure without realising the implications this can have on their business sponsorship approval and sponsored employees,” says Marr.

“Similarly, employers forget about the Training Benchmark requirements once sponsorship is approved and are not aware that it is an ongoing requirement. Immigration checks whether this obligation has been met, when employers renew their sponsorship or transition their temporary staff to employer-sponsored permanent residence.”

Beware of potential conflicts
Conflicts regarding 457 visas can occur between employer and employee and indeed Immigration in a number of areas.

“Conflicts can arise when 457 applicants have serious health conditions or have been charged or convicted of criminal activity that they’re unwilling to disclose to the sponsoring employer,” says Marr.

“These can be grounds for visa refusal and cancellation. If the 457 is refused based on any of these factors, the sponsoring employer will want to know why, especially if they paid for the visa and relocation costs.

Another area of conflict might be the breakdown of a relationship between the 457 holder and a de facto partner.

Language requirements
In April 2015, the Australian government relaxed its language requirements for the 457 visa, with lower minimum scores introduced (the minimum IELTS score dropped from 5 to 4.5). However, while in some ways this has made obtaining a 457 easier, it has given rise to certain complications.

“It has become easier to meet the English language requirement, however, other criteria has come under scrutiny which has slowed the number of 457 visa applications from being approved,” says Marr.

“Furthermore, this change in criteria is inconsistent with the English language requirement under the Employer Nomination Scheme (for permanent residence). So whilst a 457 applicant can be okay with 4.5 in each band of IELTS, they still haven’t met the requirements for ENS.”

Marr adds that certain occupations attract a high level of attention from immigration authorities and thus demand a higher level of supporting evidence. They include: café and restaurant managers, accountants and marketing specialists, program or project administrators and customer service managers.

As far as the costs of sponsorship go, the sponsor must pay the costs associated with becoming a business sponsor, nominating the position to be filled by the overseas worker, and the basic costs for the ceased employee to return to their homeland if requested.