A recent study into Australian workplaces identified five ways employees are sacrificing their own productivity – here’s how to counteract them. 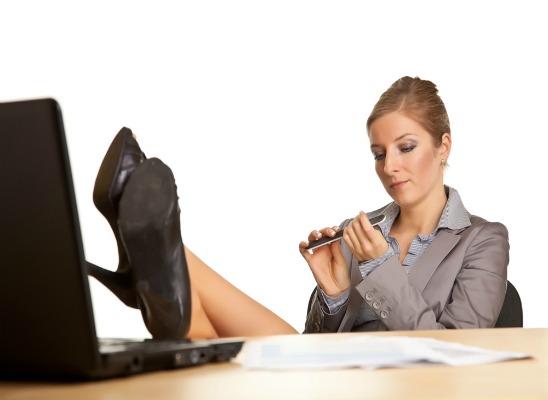 A new survey has revealed that the vast majority of Australian office workers are making a mistake that is detrimental to their productivity.

According to the survey’s findings, the biggest productivity killer in the workplace is checking emails as the first action of the day.

It found that while 70% of Australian workers are at their optimal productivity levels between 7am and midday, this time is generally wasted on checking and responding to emails.

The study covered a broad range of workplace issues, including social media, poor work relationships, and other factors identified as disruptive to productivity.

Another issue was the rate at which employees were checking their inboxes: 52% of the participants admitted to doing so every 10 to 15 minutes.

“It’s no secret that email is a pillar of the modern workplace, but survey results shed new light on the degree to which our use of it is harmfully impacting the individual’s and company success in 2015,” said Cholena Orr, director of pac executive.

“In fact, changing our approach to email is the most important way we can take control of productivity in the workplace.”

According to the study, the top five “productivity killers” were:

A massive two in three workers reported suffering from “email overload”, according to the study, with researchers claiming that refocusing after receiving or responding to an email can take up to 24 minutes.

Orr suggested that in order to remain productivity in today’s workplaces, employees must develop the habit of “email batching”.

She advised scheduling times to check emails, which allows workers to work through their inboxes more efficiently and concentrate on the tasks at hand.

Researchers commented that more often than not, meetings are requested to discuss issues that could be resolved over the phone or in an email.

The survey’s findings showed that more than half of professionals waste a quarter of their working day in meetings.

Orr said that by taking more time to consider meeting requests, employees could save as many as five hours per week.

According to the study, more than three quarters of white-collar workers reported constant interruptions as being a major productivity killer.

Next time a colleague asks for “a minute”, Orr suggested, remember that it is not just a minute of your time that you sacrifice.

“By surrendering to an interruption you don’t only lose momentum, but in order to refocus you are forced to reassemble your resources and thoughts to reconstruct the pathway to your original purpose,” she said.

“Each time you do so you effectively squander energy, enthusiasm and, ultimately, your work satisfaction.”

She recommended creating “do not disturb time”, asking employees or colleagues to save their questions up so that they can be addressed during regular catch-ups or at an agreed time.

Perhaps common knowledge, one of the greatest threats to focus at work is a lack of sleep, exercise and healthy diet. But according to pac executive, another major influence over focus is how energy is managed.

Depending on this, employees were advised to focus on tasks at 45 to 90 minute intervals, and use a restorative activity in between.

“You can actually restore your energy by doing lower value tasks such as having social time with a colleague or making a cup of tea, ultimately increasing your overall productivity,” researchers said.

The survey found that one in four workers checked their Facebook accounts up to five times a day.

Gen Y workers were the worst offenders, with more than half saying they checked social media sites up to five times during a working day.

However, while over-use of social media generally has a negative impact, research suggests that if used correctly, social media can have a beneficial effect on productivity.

A short break used to access social media accounts can help employees to clear their heads and return to their work feeling energised.

Researchers suggested batching social media use by checking accounts at specific times during the day to restore energy and focus.

The cultures of innovative companies