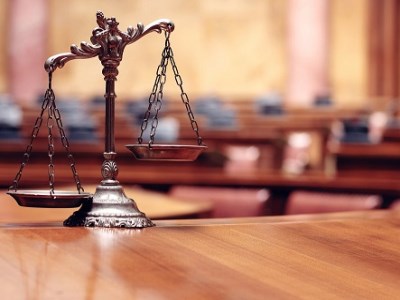 A s
ecurity company owner is facing the Federal Circuit Court after allegedly threatening to send staff “straight to the dole queue” if they spoke to Fair Work inspectors.

It is alleged that in the weeks following the visits by inspectors, Marcinkowski also dismissed two guards, including one for refusing to sign a back-dated agreement (which would have retroactively removed his leave entitlements), and another after he failed to return to work immediately after spending several days in an intensive care unit with pneumonia.

The dismissal of the three workers allegedly contravened the section of the Fair Work Act that makes it unlawful to take adverse action against an employee for exercising a workplace right, such as taking personal leave or requesting assistance from the Fair Work Ombudsman.

VIP Security was contracted to provide security services at a range of Gold Coast City Council sites, including three libraries, for two years until April this year.

Fair Work Ombudsman inspectors visited some of these sites last year to check security staff were being paid their minimum lawful entitlements as part of a proactive campaign aimed at ensuring local government procurement of security services was compliant with federal workplace laws.

The FWO alleges that after the visits, Marcinkowski directed a supervisor to tell all security guards employed by VIP Security that if they spoke to Fair Work inspectors, their employment would be terminated.

During a telephone conversation, Marcinkowski allegedly said: “Can you just do me a favour, get around all the sites and if I hear that anyone of our guards has spoken to them (Fair Work), they can just f…… go straight to the dole queue”.

Marcinkowski allegedly also told the supervisor: “If they talk to those f……, if I find out who, that somebody’s talked to them, right, they’re getting the sack”.

It is alleged that Marcinkowski and VIP Security followed through on the threat, yelling at and later dismissing one full-time employee because he sought advice about his workplace rights from the Fair Work Ombudsman following a reduction in his hours.

The conduct related to the worker who had been in hospital also contravened the section of the Fair Work Act that makes it unlawful to dismiss an employee who was temporarily absent from work because of a prescribed illness or injury.

It is alleged that VIP Security and Marcinkowski also contravened workplace laws by underpaying three guards – the guard who had been hospitalised, the guard who refused to be converted to a casual employee and another guard - a total of $15,938 between April 2015 and June last year.

The guards were allegedly paid a flat $24 hourly rate that failed to cover the weekend, night and public holiday rates employees were entitled to under the Security Services Industry Award 2010. Overtime and annual leave entitlements were allegedly also underpaid and unlawful deductions were allegedly made from wages for uniforms.

The company has now back-paid the three guards in full.

The FWO alleges that Marcinkowski and VIP Security also contravened workplace laws by representing that an Individual Flexibility Agreement (providing for flat $24 hourly rates) was a full-time employment contract, as opposed to a document that varied the application of the Award.

VIP Security had obtained legal advice that the Agreement failed the ‘Better Off Overall Test’.

Fair Work Ombudsman Natalie James said legal action has been commenced because of the seriousness of the alleged contraventions.

“It is completely unacceptable for an employer to take adverse action against a worker, including dismissing them, for exercising basic workplace rights,” said James.

“It is also completely unacceptable for an employer to tell workers to sign up to an agreement when they have been directly advised that it fails to meet Award conditions.”

The FWO is also seeking an Order requiring the company to commission an external audit of its compliance during the period it was contracted by the Gold Coast City Council and evidence of the back-payment of any underpayments found; commission workplace relations training for Marcinkowski; and to circulate a workplace notice detailing workers’ rights to all employees.

The matter is listed for a directions hearing in the Federal Circuit Court in Brisbane on August 14.

FWO investigates Uber in Australia over pay and conditions