A bus driver sacked over a threatening reference to the Columbine massacre was not unfairly dismissed, finds the Fair Work Commission. 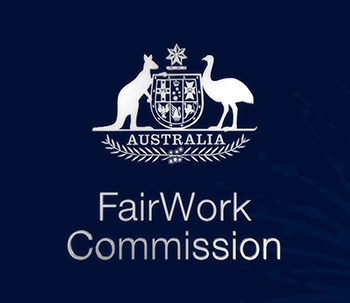 The
Fair Work Commission has ruled that a Canberra bus driver was not unfairly dismissed following his sacking for threatening “another Columbine”.

Peter Lambos was fired by ACTION buses after he made the disturbing threat in December 2014, which references the high school gun massacre of 1999 in Columbine, Colorado that caused the death of 15 people. The industrial tribunal found that the bus company was correct to sack Lambos.

Lambos claimed that he was raising issues regarding health and safety in a phone conversation with ACTION’s health and safety boss, Julie Mylchreest. She reported feeling shaken and sick following their “disturbing” exchange, in which Lambos alluded to “reprisals” for what he described as “the despicable attitude of ACTION management”.

"He refuses to take a backward step, threatened that ‘if Action management touch me, this will be another Columbine’,” Mylchreest said.

Lambos disputed some details of the conversation but admitted the reference to Columbine. Lambos was ultimately sacked after a psychiatric assessment found no justification for his behaviour.

Lambos appealed against his sacking to the Fair Work Commission, claiming ACTION should have known he did not intend to carry out any attack. He also claimed that his good work record should be taken into account and that he was the victim of workplace bullying.

Fair Work Commission deputy president John Kovacic was unmoved by this, however, pointing to the fact he had previously been given directions by ACTION regarding “the importance of engaging with his colleagues in a respectful way, refraining from negative comments about colleagues and limiting his contact with managers to business hours".

Kovacic added, “As to the genuineness of the threat, Mr Lambos' reference to ‘reprisals’ in his conversation with Ms Mylchreest when allied with the reference to ‘Columbine’ support a finding that Mr Lambos was making a threat of some form of action, albeit that it was unlikely to include a massacre.”