Can a management meeting amount to 'bullying'?

Calling an employee into a management meeting to discuss sensitive issues could backfire on HR if it doesn't fit the “reasonableness” test. 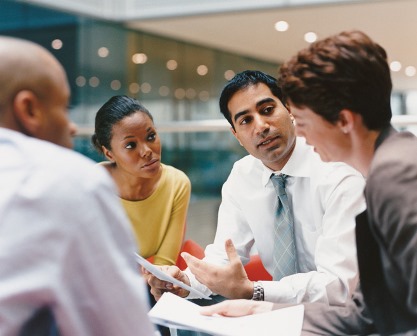 The recent case of a federal police worker who lost her workers compensation claim despite suffering bullying and sexual harassment at work should serve as a timely reminder for employers on how to handle meetings with employees.

The female AFP worker claimed compensation for psychiatric injury, basing her claim on a distressing meeting she had with her supervisor and a colleague, from which she went home and was later certified as unfit to return to work.

The federal police worker also alleged she was bullied, intimidated and sexually harassed by colleagues over a three-year period between 2010 and 2013.

Federal insurer Comcare initially rejected her claim for compensation and after the Administrative Appeals Tribunal found in the employee’s favour last year, Comcare launched its own successful appeal case.

The argument Comcare gave was that the tribunal had erred by dealing with a claim for injury that was "fundamentally different" to the original claim, which was based on the employee’s management meeting.

Patricia Ryan, Principal at The Workplace employment lawyers says this is because the meeting was classified as a “reasonable management action” and thus exempt from compensation claim.

“Legislation in the ACT and in the states specifically excludes claims for compensation at work where the stress or anxiety caused follows on from “reasonable management action.”,” Ryan told HC Online.

“Common examples of this are meetings to put allegations of misconduct or to discuss non-performance,” she says.

“While these no doubt can be stressful; an employee cannot make a claim for any resulting psychiatric injury from the stress of the meeting where the company’s action was reasonable.”

The main lesson for HR professionals in this instance is to ensure the company is acting reasonably in calling and conducting the meeting, or risk exposing their employer to a costly compensation claim.

Ryan says HR professionals can take a number of steps to limit their employer’s liability.

This includes giving employees adequate notice of the meeting, the rule of thumb being 24 hours, and inviting the employee to bring a support person if they choose.

HR should advise the employee on the purpose of the meeting and who else will be attending.

“Don’t load the meeting with unnecessary company representatives and make it clear that the employee will have an opportunity to respond and put their case,” Ryan says.

HR should consider sending the employee home until the meeting is held, and remind them of the workplace EAP, if one exists.

When it’s time to hold the meeting, HR should ensure employees are not bombarded by a range of issues, instead each issue should be addressed separately, allowing time for responses and breaks if the meeting gets heated or emotional.

The employee should be provided with minutes afterwards and made aware of the next steps, Ryan says, and if decisions are to be made, they should be made as soon as reasonably practical.

HR also needs to be aware of the legal pitfalls that can arise from such a meeting and take steps to mitigate these risks, she says.

“The employee may allege a lack of procedural fairness and allege that any decision made or action taken is therefore itself wrong. This could mean challenging a disciplinary outcome in court,” Ryan says.

If the employee alleges that the meeting did not go in accordance with any dispute resolution mechanisms in their Enterprise Award, they could also challenge this in court.

“The employee may allege they were bullied in the meeting and seek a “stop bullying order” from the Fair Work Commission,” Ryan says.

“The bullying legislation however has a similar defence of “reasonable management action” is not bullying.”

Ryan says HR can ensure management meetings are reasonable by doing the following: