Obesity itself is on the increase yet still employers admit they are less likely to hire an overweight applicant – why? 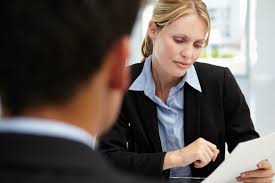 All
around the world waistlines are getting wider but it seems our attitudes are out-of-sync with our appetites as almost half of employers admit they are less likely to hire an overweight applicant.

A 2007 study by the World Health Organisation showed that Australia had the third highest rate of overweight adults in the “Anglosphere”.

In 2014, records showed that Australia had an obesity rate of 25% in adults.

"People think sometimes that, because obesity rates continue to increase, we really shouldn't have this problem with bias and prejudice, that attitudes should be getting better and more tolerant," says Rebecca Puhl.

However, according to Puhl – who is the director of research and weight stigma initiatives at the Rudd Centre for Food Policy and Obesity at Yale – weight bias is actually getting worse.

In a recent study by one employment law firm, almost half of employers admitted they would be less inclined to hire a candidate who was obese.

Crossland Employment Solicitors examined the attitudes of 1,000 employers and found that 45% said they would less likely to recruit an applicant if he or she was obese.

Almost two thirds (61%) of employers surveyed were worried about potential costs to the business when it came to accommodating the side effects of obesity and 63% said they feared being taken to court on grounds of discrimination if the worker’s needs weren’t met in future.

Just over a quarter, 26%, were less inclined to hire an obese person due to a lack of awareness of the laws around employing obese workers.

Additional comments included concerns that they "wouldn't be able to do the job required" and "are unable to play a full role in the business.”