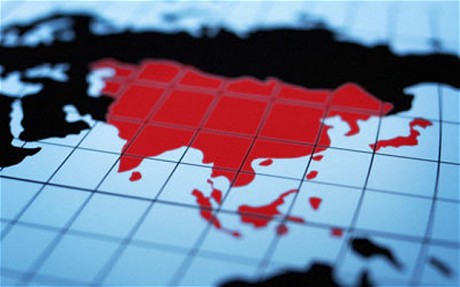 Thi
rty-three per cent of Australians in business feel that differences in language, culture and business practices are the main barriers to tapping into the Asian marketplace, according to Australia’s International Business Survey (AIBS) 2015. The study also found 60% thought that building long-term relationships and negotiation strategies were the primary difficulties faced.

“These findings align with independent research commissioned by Asialink Business in 2014 which found that the biggest gaps for Australian businesses included limited understanding of Asian business cultures,” Mukund Narayanamurti, CEO of Asialink Business said about the survey results. He called on Australian companies to invest in training and make their employees Asia capable so they are better able to secure new growth opportunities.

“Many businesses still lack the knowledge and confidence needed to work effectively in culturally diverse teams and form productive relationships with Asian business partners and decision makers,” Narayanamurti said. “Business cannot ignore the urgent need to get Asia ready and seize the opportunities in our region.”

HC Online spoke to Dai Le, founder of cultural leadership body, DAWN, about this issue. “I think the first thing both the government and the business community need to acknowledge is that in this globalised, inter-connected world that we now live in – and increasingly so with social media – people communicate and do business across borders more so now than ever before,” she said. “Cultural and communication barriers are so blurred. From my perspective, it is just common sense to look at our workforce, our population, and harness those talents, groom them, and skill them up.”

Unfortunately, there seems to be a long way to go until this goal is achieved. The white paper, Cracking the Cultural Ceiling: Future Proofing Your Business in the Asian Century, written by the Diversity Council Australia found that while 9.3% of Australia’s labour force is Asian born, only 4.9% are found at the senior executive level. In addition to this, only 1.9% of ASX 200 senior executives have Asian origins, which is low especially considering 9.6% of all Australians fall within this same demographic

Le says that most of this 1.9% is likely to work for firms that have originated from Asia and not Australia. “The percentage of Asian background staff in leadership roles, I would argue, is much lower than 1.9%. In my opinion this is appalling,” she says.

The AIBS listed China, Indonesia and India as key target markets with Singapore and Japan also mentioned as important locations. The report found that Australian businesses, especially those in the services sector, were optimistic about growth in 2015.

“Australia needs to diversify its economy to secure better jobs for the future - leveraging growth in our services trade with Asia is a key way we can achieve this” Narayanamurti said. “If we act now, this growth could support over 1 million new jobs and contribute over $160 billion to the economy by 2030.

Le also agrees with this long-term strategy for diversification: “It’s not just about doing business in Asia, or training your ‘western staff’ to know how to do business in Asia. It’s about the sustainability of your business into the future. It’s about recognising the unique resource we have in Australia … in particular the culturally diverse population.”

Why you should be actively seeking a diverse workforce

Are your diversity policies empty promises?