Faced by plummeting profits caused by a decline in letter sending, Australia Post has outlined a scheme designed to protect its employees’ futures. 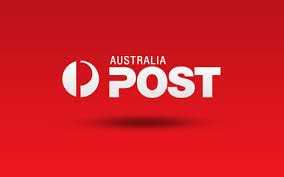 href="/au/companies/australia-post/148517">Australia Post has announced it will cut almost 2000 jobs over the next three years.

The company has reportedly lost almost $500 million during this financial year, prompting bosses to axe 1900 jobs through a voluntary redundancy program.

It is understood that no employee will be forced into redundancy.

“We have reached the tipping point that we have been warning about where, without reform, the business becomes unsustainable,” Australia Post’s managing director Ahmed Fahour said in a statement.

“We welcomed the federal government's decision to support reform so we can manage the mail service losses, meet the changing needs of our customers and continue to invest in growing parts of our business such as parcels and trusted services.”

Reports by the Sydney Morning Herald have said that the company has established a fund to retrain and redeploy staff as a part of its “commitment to protect our employees, our post offices, and the community”.

This is set to include a provisional budget of $190 million for voluntary redundancies.