National bank ANZ has axed the common practice of ranking staff on a bell curve when it comes to performance reviews – here’s why. 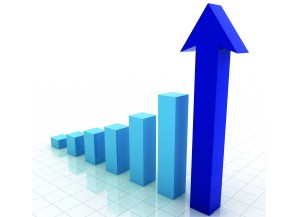 The days of the performance review are well and truly numbered. The Australia and New Zealand Banking Group (ANZ) has announced it will axe the common practice of ranking staff on a bell curve when it comes to performance reviews.

The so-called “forced ranking” system is still common in Australia, especially so in the finance sector, but its long reign may be coming to an end – top HR directors and senior executives are taking note of how unpopular they are with staff. What’s more, it is being increasingly recognised that the system may in fact disadvantage solid performers in cases where many colleagues have all achieved a strong performance.

An ANZ spokesman told The Australian Financial Review the bank was “shifting the focus away from measuring individual performance against peers, to measuring how well an individual delivers against agreed objectives”.  However, it will still be retaining forced ranking for bonus allocation.

The Finance Sector Union is calling for the performance bell curve to be done away with altogether, but national assistant secretary Geoff Derrick commented that the move was a step in the right direction. Derrick argued using forced ranking for allocating individual bonuses created unfair results and was harmful to team collaboration.

As it stands, ANZ rewards the top 5% of performers with the largest bonuses, while the the rest of the bonus pool is shared among the middle 65% of performers. On the other side of the coin, the bottom 30% do not receive a bonus.