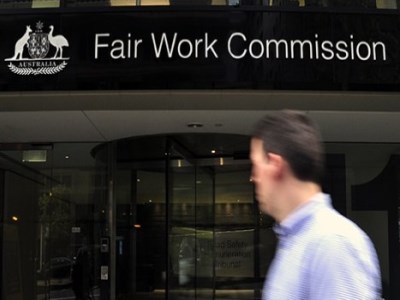 In a decision handed down on Monday, The Fair Work Commission ruled in favour of a teacher who said she was bullied by her principal for nearly two years, The Age reported.

The 16 incidents, which occurred between October 2013 and July 2015, included Farah’s “body language”, “angry glares” and clenched fists, which Purcell said made her feel intimidated and frightened.

Val Gostencnik, the Commission's deputy president, found that four of the allegations – when “taken together” – constituted “repeated unreasonable behaviour” by Farah towards Purcell.

These included an incident where the principal “knowingly mislead” Purcell about the status of her long service leave application and the appointment of a junior to act as a mentor upon her return from six months leave. Based on these, Gostencnik concluded, Farah had bullied Purcell.

He added it was a “sad indictment on the capacity of two education professionals” that they had to resort to the tribunal to resolve an “obviously tense interpersonal relationship involving some mutual animus”.

The commission heard that Farah’s decision not to allocate a dedicated classroom to the vocational program, Victorian Certificate of Applied Learning [VCAL] started the chain of events, which spiralled out of control.

Purcell, the school's VCAL co-ordinator, alleged that the decision led to a meeting where it was “obvious from Mary's [the principal's] body language that she was angry”.

Purcell alleged that, at the meeting, the principal “folded her arms across her chest, kept shaking her head ‘No’, and stared at me unblinking”.

A second incident on May 30, 2014, when Farah referred to a VCAL student’s Recycled Goods Market as a “Fashion Parade” led to a heated exchange of emails, resulting in a subsequent meeting where Purcell said the principal “continued to stare at me until I dropped my gaze”.

In response to the overall allegations of “glaring”, the deputy president said Farah's facial expressions had the “unfortunate consequence that they may be interpreted by others as glaring”.

Gostencnik urged the two parties to enter into a mediated series of meetings “with the aim of repairing an obviously damaged working relationship”.

A failure to do so will result in another hearing on July 25 to decide further action.