Absenteeism and the link to workplace productivity

Unplanned absenteeism is a workplace culture issue. Nothing more, nothing less 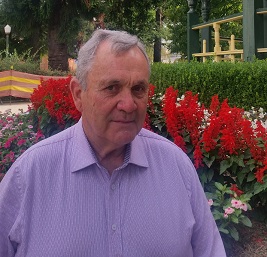 Wor
kplace attendance and its antithesis workplace absenteeism are both complex and multifaceted phenomena that have both negative and positive consequences for all organisations that employee people.

Yet, with a concerted effort the problems presented can be corrected and strategies can be developed that will improve an organisation’s overall productivity while driving down costs, improving customer relationships and enhancing corporate creditability. All of which have a positive impact on profitability and subsequently, survival.

Our experience and research over the past 25 years has highlighted a number of startling facts which will interest all organisations.

Arguably the cause of all the contentious issues and practices surrounding absenteeism, is that there is no one standard definition of absenteeism and is referred to differently by the parties involved leaving a variety terms and outcomes that refer to the same circumstance.

To illustrate this point;

Fair Work Ombudsman National Employment Standards documents refer to “The minimum ‘entitlement’ to paid personal/carers leave for an employee is 10 days per year”. This contrasts with the language of HR Parishioners (Managers, Consultants and Lawyers) who refer to sick pay as a ‘benefit’ or a ‘condition’ of employment rather than an entitlement.

Thus, in the interests of preciseness, we use the terms;

Unplanned Absenteeism. Being; absenteeism with short or no notice

Creditable research by various Industry and Employer Associations and The Australasian College of Physicians points to the mean rate of absenteeism per worker is about seven days per annum, about which half is medically related, with a spread of one day to 10 days.

The consequence of unplanned absenteeism includes;

In the 1990’s we were engaged to provide an end-to-end HR and OD strategy for a greenfield coal mine site in the Hunter Valley.

Our research, involving other industries and mines in the area, revealed that the biggest single impediment to productivity was unplanned absenteeism.

That is; the unscheduled non attendance by haul truck drivers and plant operators where notification was either absent or far too late in the day.

Typically, lost opportunity costs for a haul truck were 450 tonnes a load with 35 haul runs per shift at $US55 a tonne. A considerable amount of lost revenue that was very hard to make up.

Further investigation revealed that and consistent with other research, that about 50% of the unplanned absenteeism was not medically related.

Further investigation revealed that unplanned absenteeism was, in the main, about family obligations such as transporting a sick relative to the base hospital in Newcastle for continuing health treatment or to watch a grand child in a sporting event in Sydney.

To combat the unplanned nature of the absenteeism, we introduced through the enterprise agreement the concept of Pressing Domestic Leave being three days annually of fully paid but not accumulative leave to meet home and family obligations provide a week's notice was given.

The strategy, which includes the development of absenteeism notification policies, was an instant success and became self funding in a short time.

This innovative concept was soon to be adopted Employers Associations and the Union movement who re-branded it as personal /carers leave and it is now enshrined in Fair Work Australia Regulations.

However, managing absenteeism was only one side of the ‘attendance’ coin. So as an act of recognition, at the end of each financial year, the General Manager would host a dinner at a local restaurant for all those workers, and their partners, that had not had a single day absent in the preceding 12 months

Our research and experience has taught us that monetary rewards should never be considered as a solution in the management of unplanned absenteeism nor should the practice of paying out untaken sick leave.

These practices have never worked and never will. Monetary rewards have negative effects including fostering presentism which is the practice of presenting at work when ill.

We have found that there is in some workplaces there is an ‘Absentee Culture’ where there is a belief that taking “sickies” is all about claiming what is rightfully a workers entitlement which is contrary to the employment benefit of a safety net for sick people.

Another finding is that while the best predictor of future behaviour is to be found in previous behaviour in similar circumstance. It is this concept that underpins behavioural event interviewing techniques when exploring a candidate’s suitability for a position in the mine.

On a broader scale we have not found any evidence; apart from the Coal Mine client mentioned above, of this aspect of persons make up being tested in any part of the recruitment processes that we reviewed. It was, in the main, regarded by many as some thing sacred and not spoken about.

One of our techniques in reviewing absenteeism is to search for patterns of absenteeism and how that corresponds to personal hobbies and calendar significant events. We have also found that the front line supervisor plays an important role in absentee management as does the line manager.

Another finding is the strong lack of knowledge of the consequences of making a false Statutory Declaration which is the usual method of claiming sick pay without a doctor’s certificate.

The penalty for making a false declaration is a maximum of four years imprisonment.

To correct this poor approach to unplanned absenteeism, to improve production and hence profitability all organisations must develop implement, adopt and subsequently practice a series of attendance policies and procedures which define the context and objectives, assign responsibilities and accountabilities to managers and supervisors.

The rewards and returns are; increased productivity, higher morale and engagement and above all develop a clear and certain future. The return on investment in such an exercise is very strong with a short break-even time frame.

One of our most disturbing experiences’ occurred during an intervention at a large 24/7production plant operating in Victoria where manufactured overtime was a suspected and to a certain point an accepted practice.

A shift maintenance person was overheard saying to his fellow work mate.

“I would like you to have a couple of sickies in the next month. My daughter is getting married and I need the overtime. I will pay you back the month after it’s all over.”

Another interesting comment came from a first line supervisor in a road services organisation where the supervisors, being the true custodians of a workplace culture, were asked about their roles and responsibilities in the management of unscheduled absenteeism.

“What is wrong with him being sick every Tuesday after along weekend?  He is entitled to it.”

1. A weigh bridge operator in a quarry in country Victoria was found to have had the first Tuesday and the next day (Wednesday) of November absent on sick leave every year for the past 17 years. Ask yourself: ’When is the Melbourne Cup run?

2. Two outdoor workers in a Local Government Council have had every second Tuesday off on sick leave for the months of February, March and April for the past 4 years. They were part owners of a kennel of Grey Hounds

3. We were asked to conduct a training program for a large engineering workshop in southern suburbs of Brisbane. The topic being “Wearing Safety Glasses”.

Our research and investigation found that some interesting facts and patterns.

•   Only four of the 30 maintenance technicians were involved, all with visits to the local hospital out patients department, all incidents being foreign bodies in their eyes, all had occurred on a Thursday at some time after 11.30am.

•    Literature research revealed that the industrial award provided: that ‘should a person take ill after attending work for 4 hours then they are entitled to sick pay without it being deducted from their accumulated sick leave’.

4. One of our most successful interventions was with a Shire Council in country NSW, where the average rate of sick pay across the council was 9 days per employee per annum, far above the national average. We analysed the data, searched for patterns, scrutinised the policies and procedures and liaised with the various representatives including councillors.

We then designed an absentee awareness training program for all levels of the council covering legal implications, revised policies and procedures and the absenteeism rate fell and the net result was that in the first 12 months of operation we returned to the councils customers and rate payers 1800 extra service days (council speak). This figure increased in the next 12 months to 2200 it then stabilised and remained at that figure into the future.

We have used theses case studies to illustrate the depth and variety of the problem of workplace absenteeism which can be usually addressed by a well planned and implemented culture change intervention. The first step is to establish a set of standard definitions which at this point seems to be beyond industry players as a whole.

For those that wish to improve productivity, drive down costs, improve profitability and improve customer relationships, analysing the current workplace absenteeism is a good place to start.

Michael Minns is evidence based Human Resources and Organisational Development Consultant.
He formed in 1983 the consultancy firm that bears his name, Michael Minns Human Resources Pty Ltd.
MMHR is Australia’s oldest and most senior HR/OD consultancy and operates in all states of Australia, New Zealand South East Asia and the Pacific. www.mmhr.biz