The beleaguered chain is in the spotlight again, facing massive fines due to increased penalties and regulation 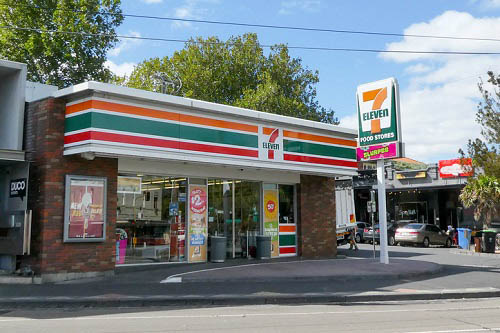 The Federal Circuit Court has imposed $192,961 in penalties against the operators of two Brisbane CBD 7-Eleven stores for underpaying 21 workers by more than $31,000.

In determining the penalties, Judge Mercuri said that the director of the stories, Jason Yuan, had been running the stores for 12 years, had a background in finance, banking and project management and had access to significant training and support from the 7‑Eleven head office.

Judge Mercuri also noted that the underpayments were substantial given the low-skilled nature of the work and the vulnerability of the workers due to their age and in multiple instances, their visa status.

The stores were two of 20 7-Eleven outlets targeted by the Fair Work Ombudsman (FWO) as part of a tri-State operation in September 2014.

The inspectors found that the workers at both stores were paid flat rates for all hours worked, except for public holidays where they received an additional $20 per hour in cash.

The FWO has taken legal action against 11 7-Eleven operators since 2009. 7-Eleven entered into a Proactive Compliance Deed with the FWO in late 2016, committing to a range of measures designed to ensure all its workers receive their lawful entitlements through strong accountability for all operators across its franchise network and supervision by the FWO.

The respondents were also penalised for failing to meet record-keeping and payslip requirements, including by failing to include information in respect of cash payments made to some of the employees.

Moreover, Judge Mercuri noted the FWO  had previously issued Yuan with a letter of caution in 2013 after an investigation found that workers at the Adelaide Street store were not being paid applicable weekend and public holiday penalty rates.

Acting Fair Work Ombudsman Kristen Hannah said that the regulator takes a particularly dim view of employers who continue to breach workplace laws after being explicitly advised of their obligations.

“Employers must recognise that significant consequences will follow when they knowingly flout the law,” said Hannah.

“There is no excuse for continued non-compliance by a business when it has been placed on notice and we will not hesitate to pursue serious enforcement action when this occurs.

“Businesses should be aware that serious breaches of workplace laws have increased ten-fold and can now attract penalties of up to $630,000 per contravention for companies and $126,000 for an individual,” said Hannah.

In a statement, 7-Eleven said they welcomed the FWO’s legal actions against these former franchisees, and have fully supported their investigation.

"We welcome the judge’s acknowledgement that these former Franchisees received 'significant training and support from the 7-Eleven head office, including in relation to the obligations imposed by Australian workplace laws',” said the statement.

"7-Eleven Australia has zero tolerance for wage fraud, has implemented the most comprehensive reforms in the sector to eradicate it, and will continue acting in the strongest available ways against it."