Get the job wrong + fall asleep = still get paid

“Knock yourself out” was a bit too literal for one local weatherman whose job took him up in the air this week. 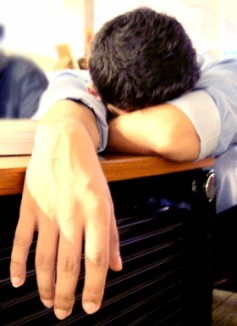 The on the job hazards for a weatherman are usually related to angry viewers whose plans went awry thanks to errors in the weather report. But this week one Australian weatherman got more than he signed up for when a trip on a plane resulted in him blacking out.

While reporting live from a stunt plane, Sunrise meteorologist Grant Denyer was bragging about not throwing up as the pilot took him on loops through the sky. A few minutes later the pilot told Denyer they would be hitting eight-Gs of force soon. The TV personality was keen: “I’ve always wanted to feel eight-G”, but just seconds into the stunt he passed out, not long before the camera on board also blacked out, apparently unable to handle the extreme force.

Denyer awoke unaware he’d been unconscious, but showed a sense of humour about the whole event, later tweeting “So weird that I often get my job wrong (predicting weather) fall asleep on the job (today) ... & still get paid!! That's just wrong town”

Now the Channel 7 just has to worry about health and safety audits... 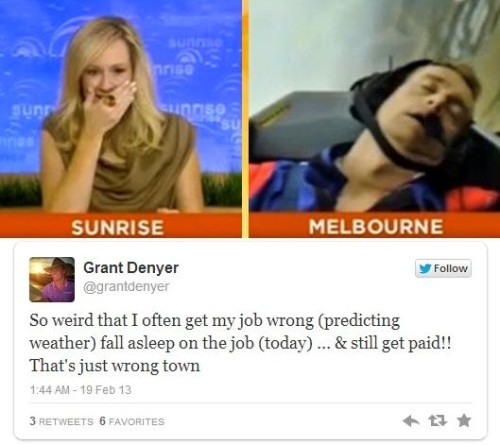