Should you sack a CEO for extreme religious beliefs?

How should employers act when a leader's views don't match an organisation's values? 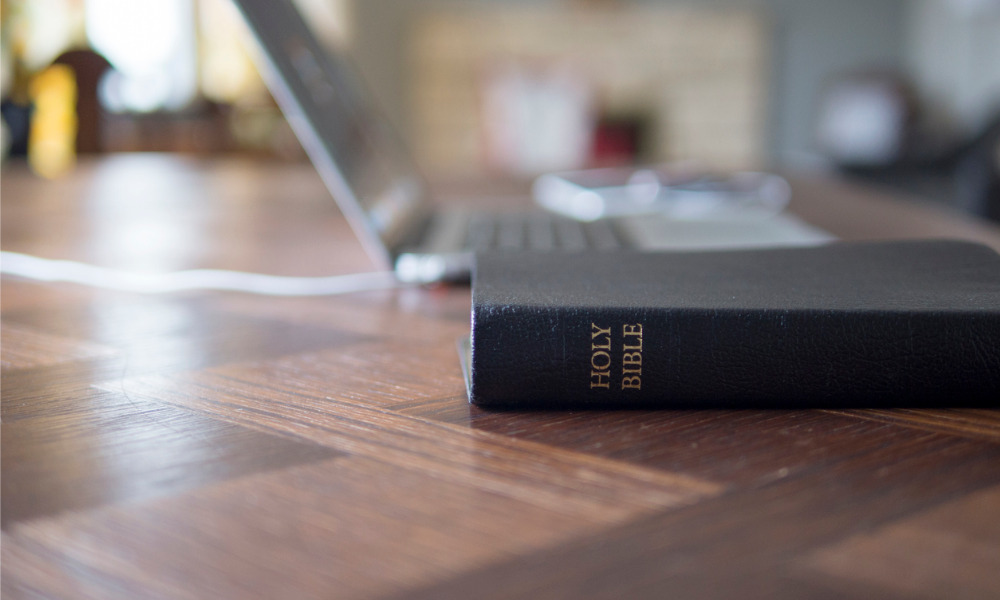 One would like to have been a fly on the wall in Essendon Football club when the news came through that their newly appointed chief executive Andrew Thorburn was chairman of a church that likened abortion to concentration camps and claimed that homosexuality was a sin. One day after his appointment Thorburn had gone, resigning from his role as CEO at Essendon after pressure to do so from the directors.

Thorburn and his supporters have sought to characterise his being forced out as religious intolerance and disrespect for difference. He said it reflected a wider erosion of rights to free speech and religious freedom.

“My faith is important to me … It guides me in my sense of what is right and what is wrong, and if I can just say with utmost respect, calling out homophobia is not the problem. Homophobia is the problem,” he said.

“We are poorer for the loss of our great freedoms of thought, conscience and belief,” Thorburn said. “Today it became clear to me that my personal Christian faith is not tolerated or permitted in the public square, at least by some and perhaps by many.”

The Essendon board said that the decision was based not on the fact that Thorburn was a Christian but that the views he supported meant that he couldn’t continue to serve in his dual roles at the Essendon Football Club and as chairman of City on a Hill. The club's values as a place that embraced diversity and inclusion were clearly at odds with the church role.

The backlash against Thorburn has been heated, led by Victoria’s premier, Daniel Andrews, (who, like Thorburn, is a Catholic) describing the ex-NAB CEO’s views as “absolutely appalling”, “bigotry” and “intolerant”. Religious tolerance is a fundamental right in a multi-cultural society like Australia. But for many, Thorburn’s religious views are extreme and impinge on the rights of others in society to live a life without fear of oppression, harassment and discrimination.

In today’s workplaces, it’s important for all employees including senior management to be aware of what is acceptable in terms of discussing and accepting differences. Whether that is a difference of faith, race, sexual persuasion, gender, age, ability or culture, this is an  issue that has particular relevance for HR as people leaders.

HRD has sought the views of senior HR directors, speaking under condition of anonymity, about the decision taken by Essendon Football club. 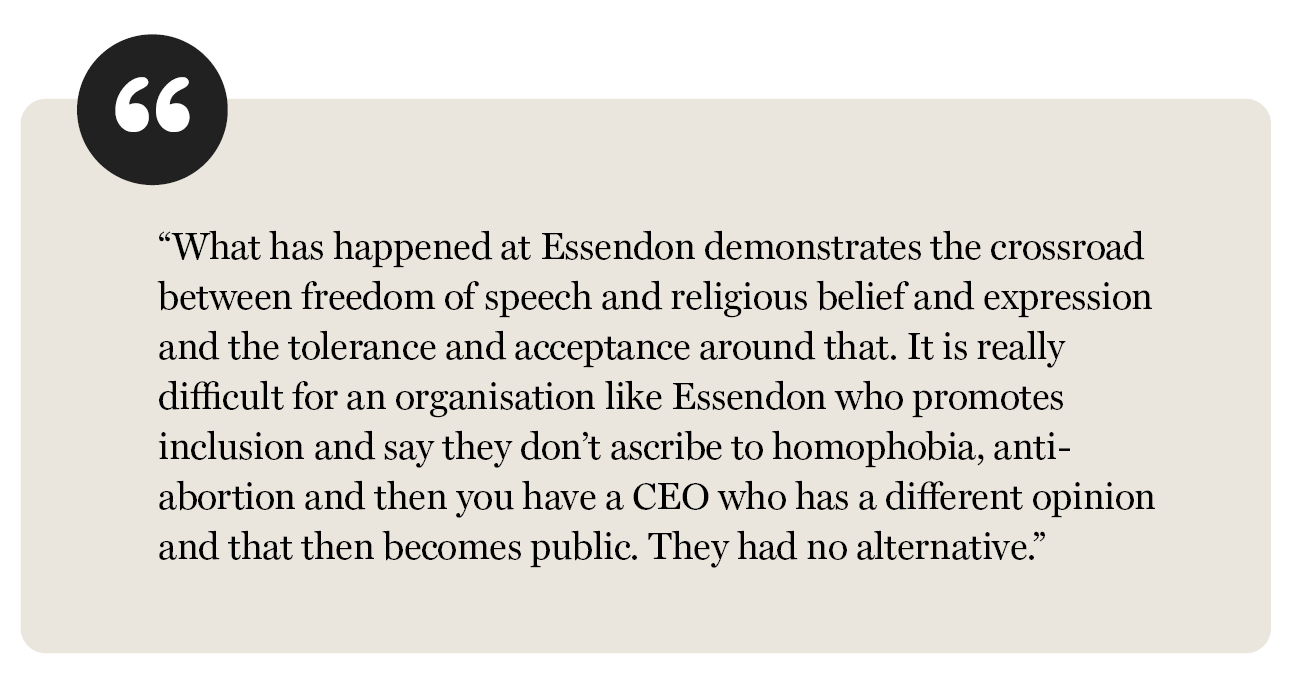 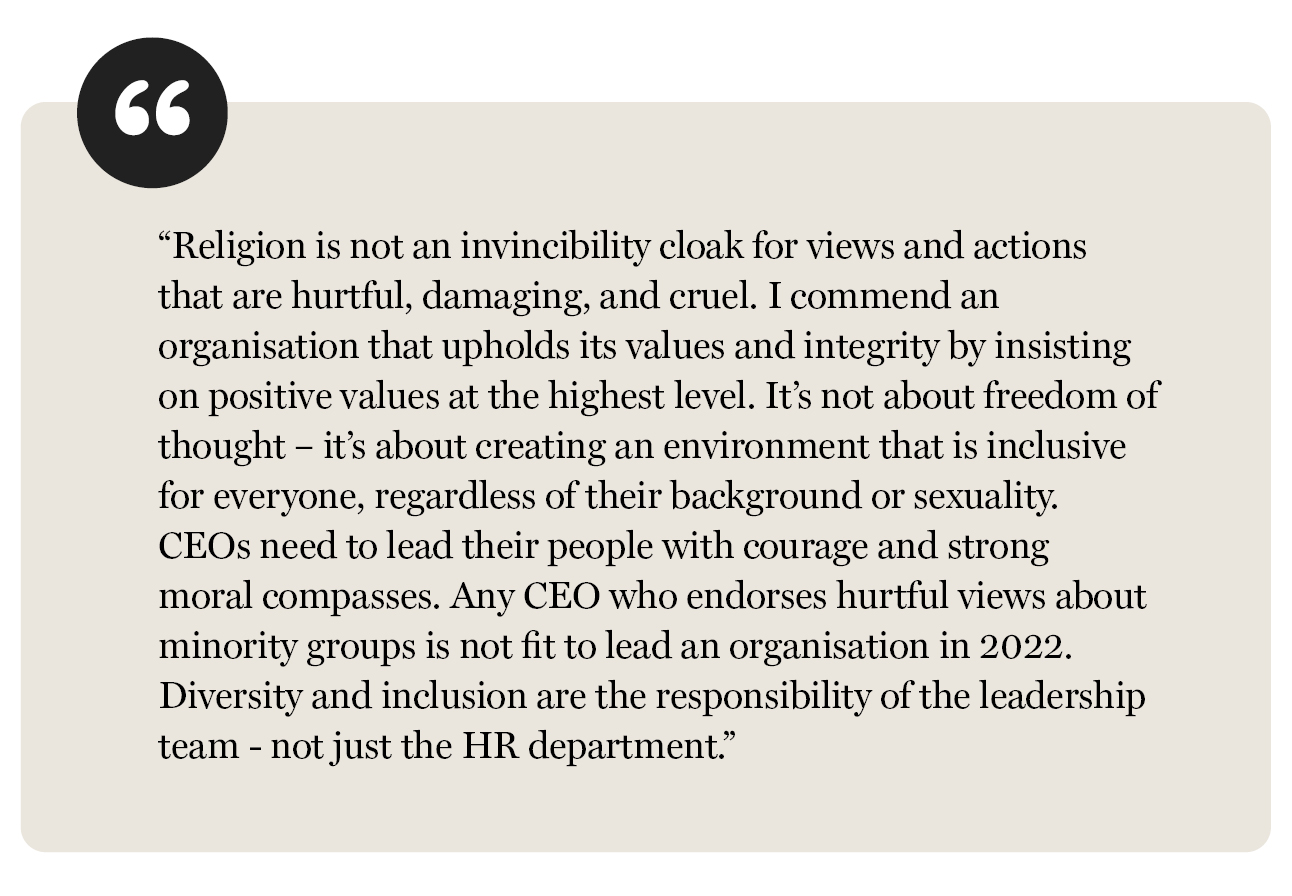 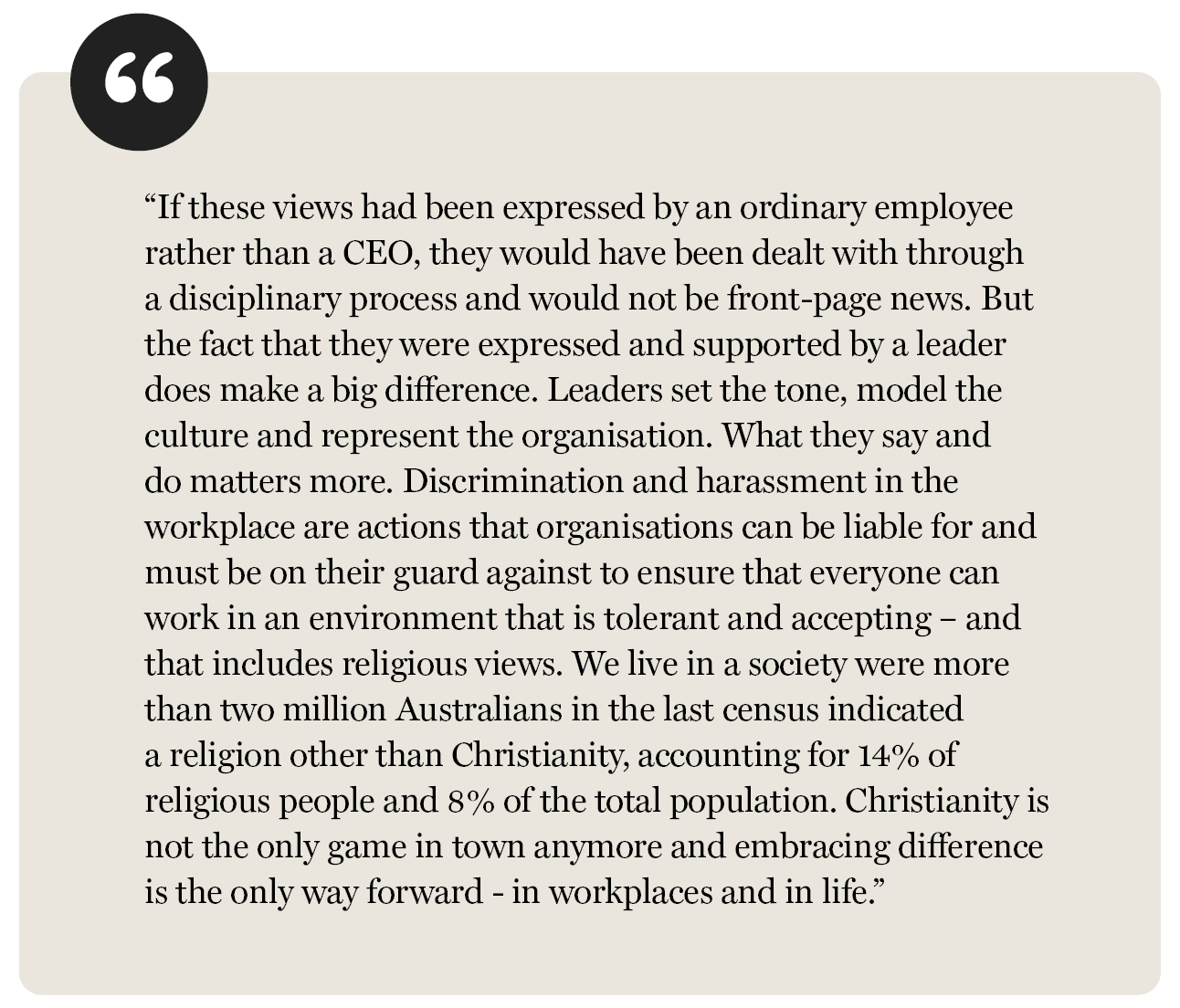