'Give us flexibility!' Business district returns but workers call for change 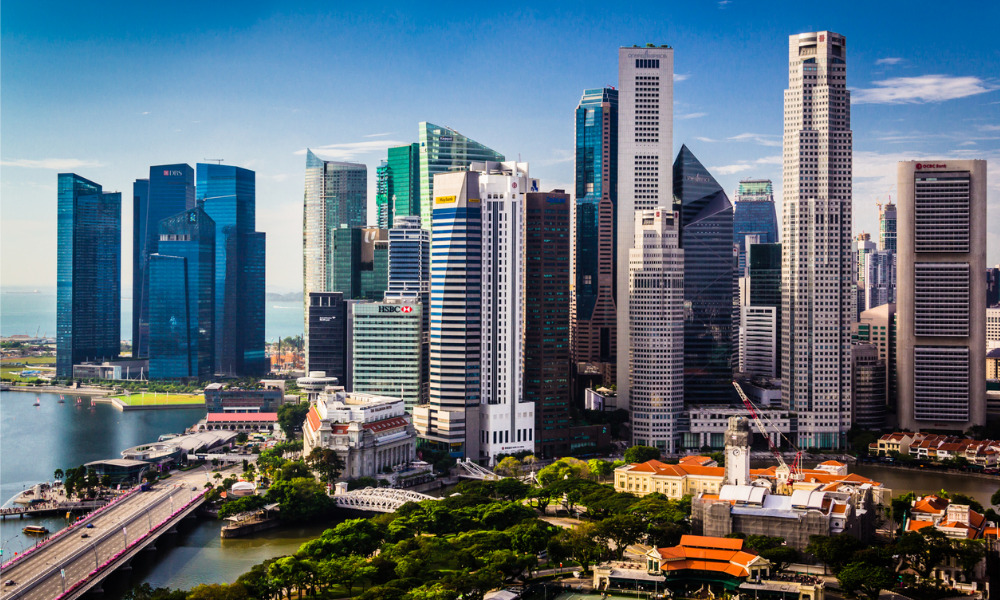 The pre-COVID buzz returned to Singapore’s business district on Tuesday when Singapore lowered its Disease Outbreak Response System Condition from red to yellow level. Allowing all Singaporeans to swarm to the city’s commercial centre to refill offices, get coffee at their favourite café and take a long lunch at their favourite restaurant.

But amid the reignited vibrancy emerged an underlying urge from Singaporean workers to go straight back home – a working paper presented by the Institute of Policy Studies (IPS) Social Lab on Monday, reveals half of their survey’s two thousand respondents want flexible working arrangements as the ‘new norm’ in Singapore’s workplaces and 37% to 42% who had been working at home felt they had been felt pressured or cajoled to return to the office.

The survey also revealed that despite restrictions being eased, the workforce is still uneasy about covid-19 with the top reason for people wanting to work from home being the reduced risk of being infected with covid. Followed by greater flexibility for work life balance, and greater ability to attend to familial needs. However, workers who want to work fully remotely have declined, with most workers preferring a flexi-working arrangement.

Employers in Singapore seem to have found some common ground with employees around the flexi-working option, there is a movement of businesses that are either embracing flexi-working arrangements or open to discussing them with their employees after the world’s biggest experiment in remote working has proven that employees can remain productive when they are not onsite.

More sceptical leaders are concerned that the hybrid working model hinders productivity and minimises the visibility of their team, but sceptical business leaders may have to come on board as the tripartite grouping of government, unions and employers last week urged businesses in Singapore to make flexi-working arrangements permanent.

The government revealed early this month that it believes flexi-working will be a key component of Singapore’s future workplaces as they seek to establish flexible working arrangements as a ‘pervasive and sustainable workplace norm’.

But government pressure will be the last thing sceptical employers need to worry about, almost half (42%) of survey respondents who were currently working from home said that if they were forced back to the office full-time, they would look for new employment, so businesses who don’t come on board with the future of working will not only risk losing current talent, but they will greatly diminish their ability to attract new talent.

Read more: Rushing back to the office? Maybe it's time to slow down

The report suggests that workplaces should no longer be viewed as "sites for workers to produce the necessary output required of them, instead they should provide the space for greater collaboration, fostering of organisational identity and belonging, as well as a sense of shared purpose".

The report cites that when work arrangements are in line with employee preferences, the psychological wellbeing of that employee is increased. This can only benefit a workforce so, what can employers do to accommodate employee preferences and start moving to the future of working?

The report suggests that employers give more consideration to the needs of employees when deciding what future work arrangements should be and gearing that consideration towards work life balance and psychological well-being.