Has that problem employee called in with a cold? Are you still thinking of firing them? HRD talks to a legal expert about the consequences of taking this action 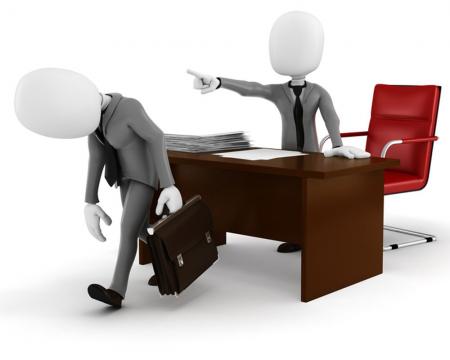 “Essentially, the staff can be fired while on sick leave, but not because they are taking sick leave as it is their entitlement to do so,” she said.

If a company decides to fire someone while away on sick leave, it is important that HR follow the conditions of the Employment Act (EA) or contract to the letter so as to prevent any disputes caused by the timing of the termination.

As well as adhering to the agreed to notice period, HR should enact the proper disciplinary procedure to show the Ministry of Manpower (MOM) that the termination had reasonable cause.

“This may protect the company from allegations of unfair or unlawful dismissal to MOM,” James-Civetta said.

In instances of gross staff misconduct, it is a legal requirement that an inquiry be carried out before an employee can be terminated, she added.

If an employee is fired while pregnant or on maternity leave and they can prove there was not enough cause for the termination, James-Civetta warned the firm could face financial penalties.

“The company would have to pay for the maternity benefits that the pregnant employee would have otherwise been eligible for if she had continued employment,” she said.

This regulation is only applicable for pregnant employees covered under the EA who have worked with a company for three months continuously.

A much softer approach

While companies are in their legal rights to fire someone who is away sick, James-Civetta noted it is often better to exercise compassion by only issuing the notice of termination once the employee returns to work.

“Doing so may also prevent any allegations that companies had fired the said staff wrongfully, for example because they were away on hospitalisation leave.”

The company’s actions here can also reflect on its culture and whether it wants to come across as fair and lenient or ruthless and uncaring.

“Terminating a staff while they are on sick or hospitalisation leave may come across as drastic and uncompassionate,” she said. “It may impress upon the company’s remaining staff that the company does not care about the welfare of the staff, which would affect the remaining staff’s morale.”

In some cases though, it may be acceptable to fire someone while they are away. James-Civetta pointed to an employee who was hired by her own law firm recently.

The individual involved commenced her three-month probationary period on 4 January. On 4 and 11 January, she took sick leave because she developed a food allergy.

Not only did her recurring absence hinder work progress and affect the performance of other staff but the firm felt the individual showed a poor and unsatisfactory work attitude which was contrary to the company’s culture, she added.

How soon is too soon to sack that terrible new hire?

"You're fired... right now" – How to terminate without notice across Asia