Why you need to get more sleep

Leaders who sleep more, earn more and are better at their jobs, according to new research 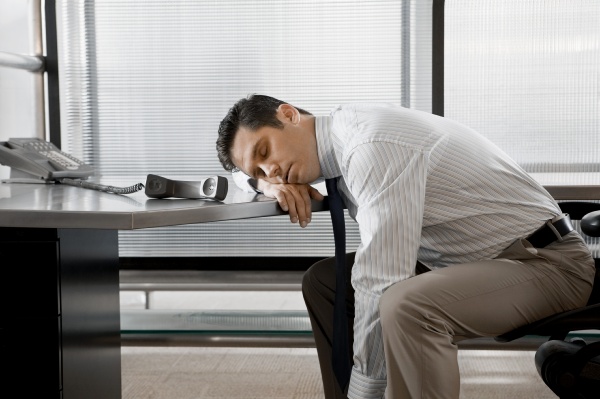 CEOs Sheryl Sandberg and Arianna Huffington have both identified sleep as being critical for their success at work. But many leaders still underestimate the importance of sleep.

"We definitely take sleep as a luxury; it's not," said Dr Cathy Goldstein, a sleep physician at Michigan Medicine at Science Daily.

Most of us already know that when we deprive ourselves of sleep – seven to nine hours, according to experts – we don’t do our work at full potential.

Goldstein, who is also an assistant professor of neurology at the Sleep Disorders Center at the University of Michigan, said that employees who don’t get enough rest run the risk of ‘cyber loafing’ – “that is, mindlessly scrolling social media or entertainment sites while on the clock”.

She also cited a study conducted by psychologists in the US that found managers who suffered from sleep deprivation were more likely to engage in unethical and negative behaviour at work due to decreased self-control and increased hostility.

Meanwhile, a study conducted at the University of California, San Diego, found that workers who added an extra hour to their sleep time saw an increase in wages by 16% over time.

“When you’re getting the right amount of sleep nightly, you’re performing to your full potential, so you’re more productive and efficient, which eventually leads to higher pay,” commented career coach Ashley Stahl at Forbes.

Stahl also noted that women were especially more vulnerable to illness if they’re not getting enough sleep and, though unfortunate, research suggests that women need 20 more minutes of sleep each night than men to be fully rested.

“Invest those seven to nine hours of sleep into yourself each night, and you’ll be best positioned to perform your best day-to-day with a fully rested, recharged brain,” she said.

1)    Go to bed at the same time every night, even on weekends.
2)    Keep the bedroom as dark as possible by installing blackout blinds to help the production of melatonin.
3)    Cover up electronic devices as “you’re most sensitive to bright light in the middle of the evening, even low level lights have a negative effect”.
4)    Try to avoid using your phone or laptop while you’re in bed, or turn it off to avoid any disruptions in the middle of the night.