Why angry workers may not necessarily quit

According to new research, negative emotions such as anger may not lead to detrimental workplace outcomes provided certain conditions are met 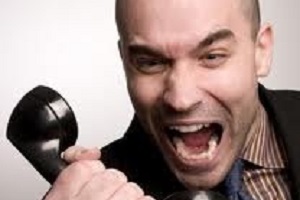 Whi
le negative emotions such as anger are more likely to be associated with workers storming out of the workplace and handing in their resignations, a new study by the Cambridge Judge Business School suggests that there is something more intricate at play.

The research, which was published in the Academy of Management Journal, found that work-related identifications have a major part in deciding whether an employee will quit or not regardless of their mood.

For instance, an angry worker who identifies with his company is less likely to quit. Instead, he will stick it out and try to improve his situation within the firm.

On the other hand, if a worker fails to identify with the company, emotions such as anger will be more likely to push them to leave.

The researchers went on to say that corporate policies which broadly characterise specific emotions could actually harm the organisation.

“The study suggests that company policies that are designed to promote positive emotions or minimise negative emotions may in fact not have the intended effect,” says Jochen Menges, university lecturer in organisational behaviour at Cambridge Judge Business School and professor of leadership at WHU – Otto Beisheim School of Management in Germany.

“So rather than seeking to suppress certain workplace emotions, companies should instead adopt practices that seek to encourage greater organisational identification.”

The study examined 135 people employed in the US and Europe at the same company over a period of one year. During this time, each worker was asked about their intentions to remain with or leave the firm. They were also asked about both general and specific organisational issues such as scheduling, pay, satisfaction and culture.

Researchers then looked at staff turnover at the company six months after the final survey was done. They found a definite correlation between the amount of staff intending to leave and actual turnover.

Dealing with bullies in the workplace