When the 10-year work anniversary is a personal failure

It seems job hopping is here to stay, as millennials argue it’s the best way to demonstrate their abilities – and earn a promotion 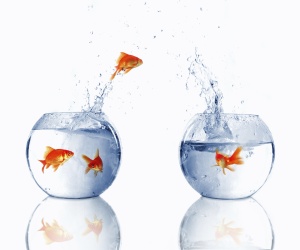 (Bloomberg) -- Job-hopping millennials are getting older. Unlike previous generations of young people who eventually settled into a company for long-term financial security, the generation born between 1982 and 2004 isn’t taking the bait, a new survey shows.

“It’s much easier to talk about your own growth and career trajectory if you express it as a literal journey between companies, rather than what you did at any one company,” said Mac Schwerin, a 27-year-old copywriter who has changed jobs three times in as many years to get promoted. “It’s easier to make the claim that you are the common denominator, that you are the one bringing successes with you wherever you go.”

Most of his peers agree. In a survey of millennials by Deloitte, two-thirds said they hoped to be working for a different organisation in five years or sooner. Deloitte polled 7,500 working college-educated professionals in 29 countries for its fifth annual Global Millennials survey.

“Millennials have one foot out the door,” said Punit Renjen, chief executive officer of Deloitte Global. While millennials want the same things that adults did in previous generations, namely to own homes and start families, their demand for leadership skills and their willingness to jump to a new job to acquire them is new, said Renjen. According to the survey, one in four millennials would quit immediately if they had another offer. That figure jumped to 44 per cent when they were asked if they would quit in two years. Many young people finished school during a recession and consequently hypercompetitive job market. Selling oneself as an asset to any company, rather than staying true to one, came to be seen as essential for career survival. The majority of the flight-risk set said they felt they weren’t on track to rise in their current company, and were actively looking for their next gig.

As Millennials climb the ranks of management, their flightiness could cost companies. In the Deloitte survey, 12 per cent of respondents either had board positions or were department heads, and of that group, 57 per cent planned to switch jobs by the end of 2020. Losing and acquiring new employees is costly, even more so for management jobs, said Vip Sandhir, the founder and CEO of HighGround, a company that makes employee engagement software. Companies including Patagonia, Allianz, and Echo use HighGround’s services to solicit constant feedback from employees that will keep them involved enough in their work to want to stay. Deloitte, too, invested $350 million in its own Deloitte University, a 700,000-square-foot learning facility in Westlake, Texas, that—among other things—links 65,000 employees with personal mentors to keep them on a Deloitte-oriented career path.

“Everyone knows what Tier 1 looks like: Google, Tesla, Facebook,” said Schwerin. “Nobody is leaving those jobs once they get them. But below Tier 1 is an endless game of musical chairs, with people jockeying for the positions they believe might eventually lead to Tier 1.”

Millennial employees in Singapore: What do they really want?