The two-month strike is over 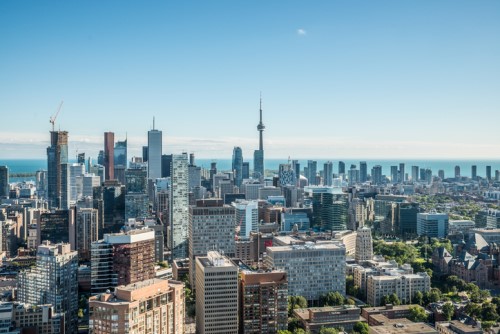 Toronto_ A two-month rent strike at a west Toronto highrise is expected to end after a landlord abandoned a bid to raise tenants' rents by more than double the amount recommended by the government.

Property management firm Nuspor Investments issued a letter to tenants of a 189-unit building in Toronto's rapidly gentrifying Parkdale neighbourhood on Monday, saying it had decided to withdraw its application to Ontario's Landlord and Tenant Board for the special increase.

``I'm over the moon,'' said Kerry Riordan, one of around 55 tenants who have refused to pay their rent since Feb. 1. ``This is obviously what we've been working towards, and we were totally prepared to go into month three, so this is definitely much better.''

Last year the government of Ontario extended rent control _ which previously had applied only to units that came into use prior to November 1991 _ to all residential properties in the province, setting an annual cap, or ``guideline'' for rent increases tied to the Consumer Price Index. The cap for 2018 is 1.8 per cent.

But a long-standing policy in the Residential Tenancies Act allows property owners and managers to apply to the Landlord and Tenant Board for the right to raise rent beyond the guideline in order to recoup costs of certain capital expenditures or ``extraordinary'' increases in tax.

Nuspor applied to raise rents on around 130 units at the Parkdale building by 3.4 per cent, claiming that it spent more than $300,000 in 2015 and 2016 on improvements to the building's lobby, lighting, heating and garbage compactor.

Affordable housing advocates said the provision essentially lets landlords pass off the costs of major work onto tenants, often driving them out of their homes.

``(We were) going up against people who have a lot of money and a lot of power and it's nice that the little guy won,'' said Riordan, who added that she'd like to continue advocating for fair rents. ``A lot of other people involved who are going through exact same thing in other buildings.''

Tenants will meet on Wednesday to discuss ending the strike, Riordan said. They will likely pay their April rent once they know Nuspor is definitely dropping its application, she said.

``After that (meeting) we'll figure out next steps and we'll probably all pay our rent first and foremost,'' Riordan said.

Rents will still be 1.8 per cent higher than last year, in accordance with Ontario guidelines, but tenants will not have to pay the additional 1.6 per cent Nuspor applied for.

David Wills, a PR representative hired by Nuspor, said the company dropped its rent increase application because of the acrimony it was causing amongst tenants.

``We were getting complaints from tenants about (an advocacy group) doing door-knocking campaigns in the building and people didn't like that,'' he said. ``They were feeling pressured to join.''

Police were called on three separate occasions when family members related to building staff said they felt they were being harassed or intimidated by those opposed to the rent increase, Wills said.

The property managers are still confident, however, that they would have had their increase application approved, Wills said.

``We believe that the work we did met the criteria that is laid out by the province,'' he said. ``It's pretty formulaic.''

To be eligible for a higher-than-permitted rent increase, a landlord must show that their capital expenses were made to keep the property ``in a good state of repair,'' protect the ``physical integrity'' of the building, improve energy or water conservation, or maintain or increase security or provide access to people with disabilities.