Spotlight on PWDs in the workplace 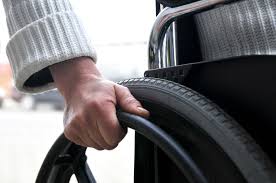 The
Disabled People’s Association (DPA) recently announced that they are conducting a study on how rampant discrimination against persons with disabilities (PWD) is in Singapore.

According to The Straits Times, the study is unique in that it is being authored by a group of PWDs.

“We intend to understand why discrimination exists, what it means to people, and how to prevent it from happening,” explained lead investigator and DPA advocacy executive Jorain Ng.

Ng hopes to be able to contribute to the government’s proposed Enabling Masterplan, “a five-year national plan to chart policies and services for people with disabilities that is expected to be announced next year”.

Should their findings show that a policy change is needed, Ng said that the DPA intends to call for legislation concerning workplace discrimination.

She cited Australia’s Disability Discrimination Act as an example of effective legislation as it covers discrimination not only against PWDs but also their relatives, caregivers, and co-workers.

Ng also reported that last month a Singaporean mental wellness advocacy group, Silver Ribbon, began campaigning for companies to stop asking potential employees if they have a history of mental illness in the family.

“We'll ask [PWDs] what they think about overseas legislation... and what they feel could be done in terms of the policies and legislation to improve their situation. So we're using their feedback for legislative recommendations going forward," she said.

Is your unconscious bias derailing your progress?