With Malaysia Airlines recently undertaking a huge retrenchment exercise, and one announced for banking giant HSBC, HRD looks at companies’ obligations to retrenchment benefits in Singapore. 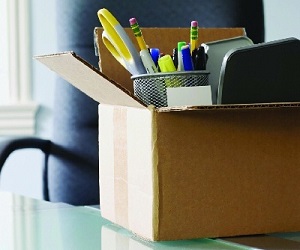 Ret
renchment is a topical issue in Asia at the moment, with Malaysia Airlines culling 6000 jobs earlier this month, and HSBC this week announcing anticipated job cuts of 50,000 people worldwide.

Banking giant HSBC made public plans to cut costs on an international scale by streamlining businesses, and while it is unknown if the job cuts will affect Singapore staff – of which there are over 3000 – the bank noted Singapore would remain one of the group’s priority markets in its pivot of focus towards Asia.

The bank has been in the island nation since 1877.

Head of HSBC Singapore’s corporate communications, Daniel Fitzpatrick, declined to comment to TODAY about whether there would be any job cuts or gains in Singapore.

A recent law change means that an employee who has been employed in a Singapore company for at least two years may request retrenchment benefits if they are retrenched.

Prior to April 1 of this year when amendments to the Employment Act came into force, the requisite period of employment before a request for retrenchment benefits could be made was three years.

Another key thing to note is the word request. As an employer, there is no obligation on you to offer such benefits, according to David Longstaff, a Singapore partner at multinational law firm Jones Day.

“The general view is that, in the absence of contractual provisions in any employment contract or collective bargaining agreement to the contrary, there is no right to receive such benefits,” Longstaff said.

“Instead, such benefits remain payable at the discretion of the employer.”

The reason behind this is because section 45 of the Act simply states no employee who has been in continuous employment with an employer for less than two years (previously three) is entitled to retrenchment benefits.

“The section does not provide that employees who have been employed for two or more years are entitled to retrenchment benefits.”

This means that while staff can’t ask for retrenchment benefits until after two years of service, employers are not obliged to provide even if they do.

The Ministry of Manpower offers alternatives to retrenchment, as recommended by the Tripartite Guidelines on Managing Excess Manpower.

Employers can ask employees to stop coming to work for a short period, provided: Implementing a shorter work week

Employers can ask employees to work only a few days a week for a short time. This reduced duration should not: