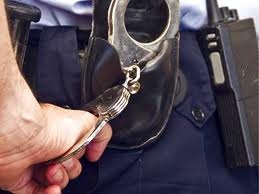 For
mer workers from Singapore River Explorer have confronted their employer about unpaid wages, leading to dramatic scenes where police had to intervene.

Mr Lim Siong Kheng, the supervisor, claimed staff weren’t paid termination fees which ranged from one week’s to one month’s wages. This pay had been due on Thursday.

This led to a heated discussion at the company’s Tai Seng office last Friday (8 January) when forty staff confronted the director of Leisure Empire, Nelson Goh, accusing him of failing to sign their pay cheques and other related documents.

They ultimately left the office after Mr Goh’s staff notified the police.

Sixteen of the employees were Chinese nationals who flew home on the weekend after their work permits were cancelled. Singapore River Explorer paid these individuals their wages in cash a few hours after the confrontation.

These unpaid wages and terminations stem from a dispute between Leisure Empire and Global Yellow Pages about alleged irregular transactions.

Talking to reporters after the confrontation, Mr Goh said he was unwilling to sign the pay cheques as they required signatures from both companies. The joint account with OCBC belonging to Leisure Empire and Global Yellow Pages had also been frozen since last November.