How to bridge the soft skills gap

Studies show that Singapore is lacking in soft skills training. One leadership expert says there are ways employers can bridge that gap 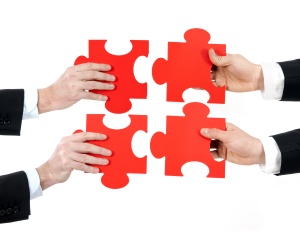 According to the study done by the Singapore Management University (SMU) and JP Morgan Chase, government support is lacking in this area as programmes such as the SkillsFuture initiative focus too much on technical know-how.

Another study conducted by the Economist Corporate Network backed up this claim and also revealed that most C-suite executives value soft skills more than hard skills, adding that problem solving, coordinating with others, and people management as the top three most sought after.

But just as C-suite executives value soft skills in their employees, to be effective leaders, they should also focus on their soft skills.

“By and large, there are a finite group of soft skills that form the foundation of effective leadership, and among these skills is the ability to collaborate with others and support them in their efforts to becoming successful, negotiating, and building morale,” said Andrew J. Calvert, managing director at AchieveForum.

“Because good leaders also need to develop credibility up and down the organisation, they must be a mentor that encourages a productive work environment; recognising and incentivising performance, whilst giving others autonomy and room to be independent.”

In terms of seniority levels within the organisation, some skills – such as communication, teamwork, and negotiation – are necessary across the board, he added.

“As people move up the organisation, these fundamental skills do not change dramatically. Rather, their relative importance vary to some degree,” he said.

Yet some skills do tend to overlap as employees move up the ladder.

In a survey that AchieveForum conducted, Calvert said they found that ‘Leading Change’ and ‘Strategic Thinking’ were amongst the top three skills for mid-level and senior-level managers, while ‘Coaching Others’ and ‘Performance Management’ were top priorities at the first-level.

“These skills overlap because they are critical throughout an employee’s career, even for larger leadership roles,” he said.

Bridging the soft skills gap
Calvert said there are two strategies companies can undertake to help employees build their soft skills despite it coming naturally to some:

•    Increasing managerial skill at coaching, leading by example: As role models have a powerful influence, managers should use relationships skills – especially through communication – to get work done;
•    Guiding employees to explore opportunities where soft skills can be practised: This includes allowing them to own their performance in a fail-safe environment, and in the process, learn from experience.

And by allowing employees to own their performance, “the organisation creates accountability on an individual level according to their aspirational skill sets,” he added.