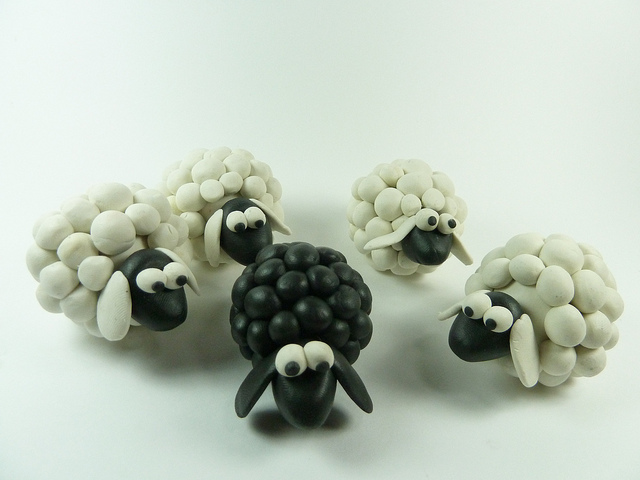 Whe
n YouTube launched their video upload app for Apple devices, between 5 and 10% of videos were being uploaded upside-down.

The glitch was the result of unconscious bias influencing the app’s design – it had been developed by (and for) right-handed users.

“Combatting our unconscious biases is hard, because they don’t feel wrong; they feel right,” a Google blog post on the matter read. “But it’s necessary to fight against bias in order to create a work environment that supports and encourages diverse perspectives and people.”

Here’s how three big-name companies are doing just that:

“At Facebook, we’ve worked with leading researchers to develop a training course that helps people recognise how bias can affect them, and gives them tools to interrupt and correct for bias when they see it in the workplace.”

In a recent blog post, a senior Facebook employee suggested that leaders do the following to address and reduce unconscious bias in the workplace:

1. Become aware of your own biases

“Remember that individuals and organisations that believe they are objective exhibit the most bias,” he said.

2. Build a company that acknowledges bias

Empower everyone to call out bias, actively solicit input from people, and if you make a mistake, apologise.

Set objective standards in advance for evaluating performance and hiring.

Other suggestions included: At Facebook, an inclusive culture is created wherein employees are educated using a ‘Managing Bias’ training course.

“The starting position is education,” Gately said. “It’s critical that HR proactively educates people to be aware of the things that influence these behaviours.

“Exposing that biased behaviour is a reflection of an individual’s thoughts and feelings is key – and so is helping them to realise that it’s something they need to shift.”

She also shared Facebook’s method of becoming aware of one’s own biases.

“The starting point – as a general rule – is to take greater responsibility to tune into one’s own thinking,” Gately told HRD Singapore.

She advised HR to encourage people to challenge their own thinking and remain open minded.

“When things cross your path that trigger these responses, question why you think way you do,” she said.

“For example, if you are in the mindset that people of a certain age might bring a certain approach to working, stop and question why you feel that way before acting on it.”

In Deloitte’s Fast forward: leading in a brave new world of diversity report, Mike Henry, president of coal at BHP Billiton, weighed in on how he maintains committed to inclusion in his role.

“There are probably three elements that motivate me to be inclusive,” he said. “The first is the values aspect. Not just for diversity but inclusion. This aligns well with my personal values and our corporate values.

“Secondly, I tend to be someone who is very rational and there is a very strong business case for both diversity and inclusion.

“Thirdly, I am someone who has a lot of energy for excellence, and if you really want to have this as both an individual and collective, you have to have an inclusive culture.”

According to John Lewis Jr., global chief diversity officer at The Coca-Cola Company, leaders need to be courageous when it comes to eliminating bias and promoting diversity.

“Frankly, leaders need to be a bit courageous, because this bucks the trend,” said John Lewis Jr., global chief diversity officer at The Coca-Cola Company.

“For leaders, they need to make a decision as to whether they dig in and entrench as they are, or recognise the world as it will become, and be part of the change.”

“The courage to speak up, challenge others and the status quo is a central behaviour of an inclusive leader and it occurs at three levels: with others, with the system, and with themselves.”

When using Lewis’ ‘challenge the status quo’ technique, Gately advised that the key to having any tough conversation is to speak the truth, but with respect and sensitivity.

She noted that these challenges will be most prominent during key decisions such as hiring, investing in training and development, or reward and recognition programs.

So how should HR respond if unconscious biases are influencing key business decisions?

“It’s not about accusing or being judgemental – keep judgement out of it; voice your concerns.”

Gately advised that instead of labelling a colleague as “racist”, “ageist” or “sexist”, tell them you’re concerned that as a team you might be placing too much weight on things that aren’t relevant to the decision.

Tell them that while they seem to be worried about X affecting Y, you think that they are really being influenced by Z – an irrelevant factor.

“Help them to question whether factors are being taken into account that shouldn’t be,” she said.