How should HR deal with false allegations of sexual harassment?

It's not good news for deceitful employees 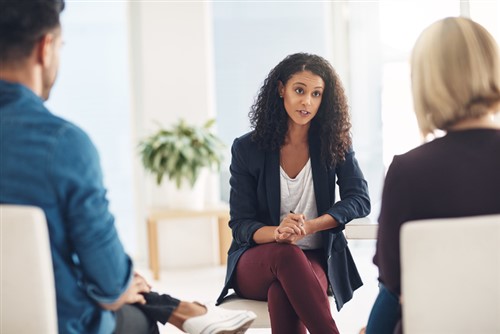 With the onslaught of #MeToo has come a veritable avalanche of sexual harassment and workplace abuse accusations.

And whilst any HR department worth their salt will know how and when to fully investigate the claims brought to their door, it’s becoming increasingly difficult to separate the truth from the lies.

HRD spoke to Muneeza Sheikh, partner at Levitt LLP who guided us through this potential minefield of organizational scandal.

“This is a tricky issue, and one that arises quite often,” she said. “HR should never assume that any allegations which come forward are not being brought forward in good faith.

“In other words, you don’t want staff to feel like if they bring forward an accusation, which then is found to be ungrounded, that they’ll be somehow punished for voicing their concerns.”

There’s a big difference between false allegations brought forward in good faith verses malicious false allegations, Sheikh told us. Good faith deals with employees who think they’ve seen something they need to be report, though it is later proved false.

“For instance, if an employee comes forward will allegations of sexual misconduct because they thought they were genuinely at the receiving end of it, or perhaps they misinterpreted something they saw, they’re coming forward in good faith.

“Then, if through HR’s independent investigation these claims are found to be ungrounded, or without real substance, employees should be treated with respect and without reproach.”

Having said that, malicious allegations are a whole different ball game.

“These occur when an employee comes forward with wilfully wrong accusations against colleagues they want to scupper in some way,” explained Sheik. “Perhaps they want to circumvent a co-worker’s promotion, or a manager has given a harsh criticism and they want to get their own back.

“In these circumstances, HR needs to really uncover the root of the allegations. Question yourself whether it’s being brought forward in bad faith – look to the source of the complaint.”

And Sheikh has some harsh words for any bolstering workers who think they’ll get away with bringing forward false accusations of sexual misconduct in the office.

“In this case,” she told us, “it would certainly allow HR to take retaliatory action against the lying employee. This could either mean undergoing a more throughout investigation, disciplining the employee – or even termination if that nature of the case is serious enough.”

Related stories:
Why HR should lead the #TimesUp discussion
HR under fire for neglecting staff complaints