How one HR team is removing the stigma of disability 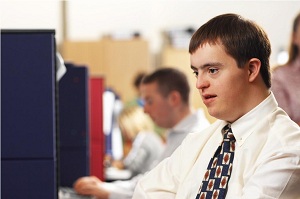 &ld
quo;In the corporate world, we need to work to remove the stigma of the word ‘disability’,” Brigette McInnis-Day, executive vice president of human resources at SAP told HRD.

“We should work to create an environment where disabilities are viewed not as a negative description but instead as a trait. When someone says, ‘I have a disability’, we should interpret that to simply mean that individual works differently than we do.”

SAP is leading by example here through its Autism at Work program.

Established four years ago, this initiative aims to see 1% of the company’s workforce made up of those with autism spectrum disorder (ASD) by 2020. This figure is consistent with the percentage of people with ASD in the general population.

When the program launched, SAP’s chief diversity and inclusion officer Anka Wittenberg spoke on what those with ASD could bring to the workplace.

“They are employed not in spite of the fact that they are disabled but because of the strengths they bring by being autistic,” she said. “People with autism excel in any repetitive task that requires a lot of attention as well as in roles in communications, compliance, project management and HR.”

McInnis-Day told HRD that the firm was also working with stakeholders in the wider community in the hope that they would follow suit.

However, she stressed that having the correct motivation for bringing people with disabilities into the workforce is essential.

“We know that individuals with disabilities are underrepresented in the workplace but why is it important to ensure they are included? We should not want to include them just to meet compliance standards.”