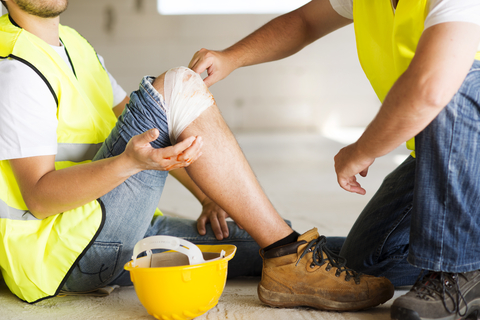 The director of a construction company whose employee was left blind in one eye by a workplace accident has claimed the company cannot afford a compensation payout as it had not insured the worker.

The company, Yao Xing, failed to pay 51-year-old Tang Zengshun SG$93,000 in damages after being ordered by a labour court in September, and last Wednesday the sum was raised to SG$122,800 to include injury compensation and lost wages.

Yao Xing was given 21 days to come up with the money by a court last week, but its director, Lu Xiuqi, has claimed that the company cannot afford the payment.

In a letter to the Ministry of Manpower (MOM) in January, Xiuqi said it is beyond the firm's means to pay Zengshun compensation or medical fees.

Investigations revealed that Yao Xing did not have a valid insurance policy to cover its liabilities as an employer under the Work Injury Compensation Act (Wica), an MOM spokesman said.

Wica insurance is a legal requirement for employers of foreign workers in order to secure their work permit. Failure to do so can result in a fine of up to $10,000, up to a year's jail, or both.

Insurance is only scrutinised by the authorities when the work-pass term starts, Bernard Menon, executive director of the Migrant Workers' Centre (MWC) told the Straits Times.

Last year the MOM convicted one employer of failing to insure workers, compared to two in 2014 and four in 2013.

Zengshun, a Chinese national, was injured in October 2014 whilst working on the renovation of a house in Jurong West when a piece of metal fell into his left eye and sliced the cornea.

In Xiuqi’s letter to the MOM, he also claimed Zengshun’s condition was partly due to "possible neglect" on the part of doctors in the hospitals that treated him, and said he had lodged a complaint with the Singapore Medical Council.

Zengshun has been sheltered at the Migrant Workers' Centre (MWC) for the past nine months, and lost touch with his family after floods hit his village in Jiangsu earlier this month.