Do your workers live from paycheck to paycheck? 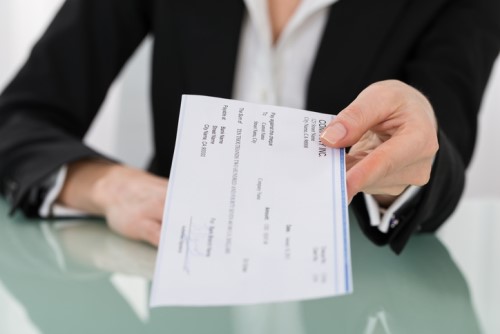 Walmart is providing a service that allows its employees to receive a portion of wages for hours they have already worked, even before the next payday, so they could avoid costly payday loans and other debt traps.

The company’s 1.4 million workers – Walmart is the US’ largest private employer – can now use an app called Even to receive pay for work they have actually already put in, according to The New York Times.

“We believe this is the right thing to do, and we are happy to champion it,” Judith McKenna, Walmart’s chief operating officer, said in an interview.

Workers who are less worried about cash issues “feel more confident and more settled at work.”

It tells workers exactly how much they can safely spend before their next paycheck.

“Money management is something people across every income level struggle with, in large part because they don’t have access to good tools,” said Jon Schlossberg, CEO of Even.

“In real life, if you want to get ahead, you’ve got to make a financial plan, and also have a way to fix the plan when it breaks.”

All Walmart employees can use Even’s financial planning tool and can obtain eight payments, known as instapays, each year free of charge. Workers can take out only a portion of wages that they have already earned during the two-week pay cycle.

Labor groups however say the best investment Walmart could make is not in a new app, but in increasing wages.

Unwittingly the innovative solution shines the spotlight on the fundamental problem – the financial struggles of Walmart’s low-wage workforce.

Costco pays $13 an hour and Target recently raised its entry-level wage to $11 an hour.