Dave Ulrich exclusive: CEO succession – are you ready for the top job?

The research is in and it might surprise some: CHROs make great CEOs. HRD Singapore talks to research head, Dave Ulrich, about what it means for the HR profession. 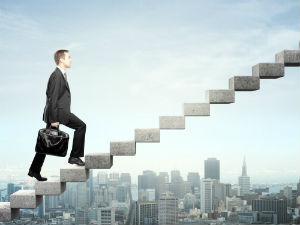 The traditional notions of HR being a cost-centre, bogged down in back-office tasks and unable to contribute at senior level – let alone make a move to the CEO role – have just been shot to ribbons. New research, conducted by Ellie Filler, a senior client partner at Korn Ferry, and Dave Ulrich, University of Michigan professor and global advocate of HR, demonstrates that CHROs make ideal CEOs.

In looking at several data sets, Ulrich and Filler found surprising evidence of the increasing responsibility and potential of CHROs. Research was conducted in two key areas:   Ulrich explained to HRD Singapore: “We created a ‘distance’ measure between the CEO and each of these four staff groups. Across the 14 dimensions, CHROs had a closer profile (lower distance) than the other three staff groups. CHROs were a bit higher than CEOs on social skills, flexibility, tolerance of ambiguity, empathy, and energy. CHROs were a bit lower on perceived task orientation, intellectual ability, and confidence. But, the overall distance across these 14 dimensions was lowest CHROs.”

Distance from CEO:
There were other findings that indicate CHROs are worthwhile candidates for the top job. In research conducted on leadership derailment, Ulrich explained, scholars often find that as leaders move up the organisation, they fail most often from an inability to manage individual talent and organisation culture. CEOs need insights on talent and organisation issues to succeed over time; most CHROs already have this.

“CHROs should be architects on talent and organisation issues,” Ulrich said. “If and when CHROs also master strategy, customer, and finance, they could be candidates for a CEO role.”

However, there is a caveat: “Obviously, without these business literacy skills, CHROs would not be qualified as CEO. Gaining these skills may come from assignments as business leaders.”

Ideally, these business leader roles would include P&L responsibilities.

Companies such as Zurich Insurance and Nestle focus on job rotations at executive level – and this is Ulrich’s recommendation for upcoming HR professionals. CEOs such as Mary Barra, CEO of General Motors, served as the carmaker’s VP of HR for 18 months early in her career, and Anne Mulcahy, Xerox’s CEO from 2001 to 2008, ran that company’s HR operations for several years in the early 1990s.

“Career rotations can help leaders learn different skill sets before they move up the organisation,” Ulrich said. He cited research conducted several years go in which he surveyed different companies. “In one company, officers had worked in an average of 1-3 functions. In the other, it was 4-3. In the first company, leaders identified with their function (‘I am from marketing, finance, manufacturing’). In the second company, leaders identified with the company (‘I work for XYZ company’). This broader perspective helps leaders offer integrated solutions to business problems.”

In Ulrich and Filler’s research, the changing nature of the CHRO’s role was also highlighted. Several CEOs now view their CHRO as 'the C-suite consigliere’ and a key sparring partner on topics like talent development, team composition and managing culture.

For Ulrich, the key to this shift is the increasingly ‘external’ view that HR professionals are taking towards their business.

“When I do workshops with HR professionals, I often ask two telling questions: First, what is the biggest challenge in your job today? And two, who are your customers? Traditionally, the answers were inside the company (challenge of hiring, training, paying people or HR customers as employees). Today about half or more than half of HR professionals say that their biggest job challenge is helping the business win in the marketplace and their HR customers are the customers of their organisation. This is a major perspective and mindset shift for HR.”