Can you rescind a verbal job offer?

If you have welcomed a candidate via a verbal job offer or employment contract, can you withdraw it or are you legally required to stick to the agreed to terms? 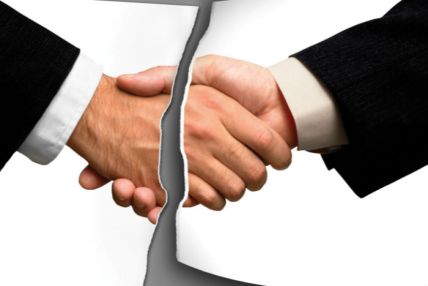 Whi
le rescinding a written job offer can entail some legal hurdles for HR, oral agreements fall into a much greyer area. HRD spoke to Benjamin Gaw, director at Drew & Napier, about the difficulties of offering and retracting verbal contracts.

The importance of KETs

To avoid the risks of misunderstanding and miscommunication that oral agreements can entail, the government has urged businesses to list the key employment terms (KETs) within their employment contracts.

“It is possible to have an employment contract which is in a verbal form but by and large the push should be to move away from that,” Gaw said. “Make sure you comply with the recommendations to have KETs and put them in a written form.”

In the case that HR rescinds a verbal agreement – whether it is a job offer or fully fledged employment contract – the general point of difficulty is proving the specific terms.

Employers are entitled to withdraw a job offer at any point unless they have committed themselves to a certain time period, Gaw noted.

“For example, I am going to give you seven days to accept this offer. However, before the seven days is up, I decide to pull the offer off the table,” he said. “As the employee, you could potentially go to court to require the employer to stick to the terms of the contract, which is to hire you.”

For more casual job offers – such as discussing employment with a friend over dinner – it will be much more difficult for the potential employee to sue. They would have to prove the employer has misrepresented the terms and that they have suffered a loss as a result.

“They could potentially sue for misrepresentation but I would think it’s also going to be a stretch. If it was an informal chat over dinner and you say, ‘I’ll call your people’ and then don’t call, I think it would be very difficult to show that they have lost anything.”

If a verbal contract has already been formed between employer and employee, then technically the employer will be breaching the contract by prematurely terminating it.

“The employee could certainly allege that a contract has been formed and would be entitled to sue the company for remedies,” Gaw said.

However, the Courts would still look at the damages – monetary and other – that the candidate had suffered in these circumstances.

“In this case, the employer could say, ‘Yes, I’m terminating you but what is your loss here? What loss have you suffered since you haven’t started working for me yet?’”

The main point of contention would be the notice period, Gaw added. However as it is a verbal contract, it would be very difficult to actually prove what this period is.

The most an employee could do is argue that they require “reasonable notice”. To determine this, the courts would look at standard industry practices. “Usually the more recent the relationship, the shorter the notice period has to be,” Gaw said.

However, the courts would still tend to favour the employer in this case since it is likely the employee has not experienced any loss as a result of their termination.

“If the employee has really suffered no loss at all and would have been able to find employment fairly quickly after that, my own personal view is that the courts would be slow in granting any form of damages,” he said.

Can you legally rescind a job offer?

Key Employment Terms (KETs) – what you need to know