Are fraud and corruption driving candidates away?

Research by Ernst & Young has shown what HR directors have known for years – that business ethics matters to employees. How can you earn the trust of your employees? 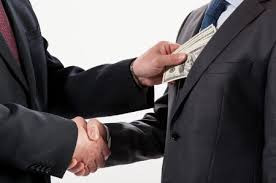 Emp
loyees in the Asia-Pacific (APAC) region would be driven away from a company if it was found to be participating in corrupt business, new research by Ernst & Young has revealed.

The survey, Fraud and Corruption – driving away talent?, found that a massive 80% of employees based in the greater APAC region claimed they would be unwilling to work for companies involved in bribery or corrupt practices.

Researchers interviewed over 1,500 employees from large companies in 14 APAC territories. Their findings showed that fraud prevention is no longer limited to being a legal and compliance issue.

According to Rob Locke, lead partner of Ernst & Young’s Fraud Investigation and Dispute Services in Australia, strong leadership strategy is key to ensuring that employees feel their company is working ethically.

“More broadly in APAC, where the labour market is highly competitive and it is already difficult to recruit and retain staff, the findings should be a wake-up call to businesses,” he said. “Only 5% of all respondents said it would make no difference to their willingness to work for an employer if the company was found to have been involved in bribery and corruption.

“It is essential that companies comprehensively address this via strong ethical leadership and a cohesive fraud prevention framework, with up-to-date and well-enforced internal controls, policies and procedures.”

Is increasing policies the answer?

Ernst & Young last conducted the survey in 2013, and found that since then more organisations have been actively addressing ethical business practice in their internal policies and procedures.

A quarter of those surveyed had since established a code of conduct to do this, while 20% more respondents said they were now addressing the issue using training programs. Anti-bribery and anti-corruption policies were being used by 16% more respondents in 2015, while whistleblowing hotlines saw a small increase.

However, employees felt that these policies were not doing enough to tackle corruption.

Over half of the workers surveyed said that these policies were irrelevant and ineffective, with 40% of employers not providing training on the policies and 41% of staff believing that codes of conduct had little influence over behaviour.

More than a quarter of respondents said that although their colleagues are aware of corrupt behaviour, it goes unreported.

It was also found that whistleblowing hotlines are either missing or underused.

Although over half of APAC companies have these hotlines in place, the amount of respondents willing to use them has dropped by a third since 2013.

“The drop in whistleblower hotline usage appears to be due to respondents being increasingly concerned about insufficient legal protection or a lack of confidentiality leading to a risk of retaliation,” said Locke. “It is clear that [these] policies, codes of conduct and whistleblowing hotlines are not enough. Companies need to demonstrate and communicate about ethical behaviour if they want to affect true change.”