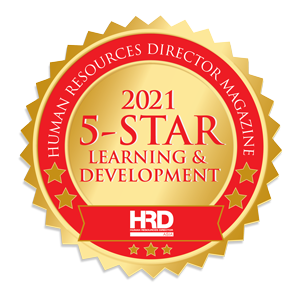 Micro learning. Virtual training sessions. Hyper-personalised experiences – also known as ‘the Netflix of learning’. These are currently the major trends in the world of learning and development – but they’re hardly new concepts in the field. L&D professionals have been discussing them for years and finding ways to transform the employee experience in the hope of enabling a strong culture of learning.

The difference, post-2020, is that going virtual is no longer just an option. Thanks to the COVID-19 pandemic, it’s the norm. As Shaakun Khanna, Oracle’s head of HCM strategy and market development, JAPAC, puts it, the pandemic has led to an “invasion of technology” in our lives – and L&D hasn’t been left out.

“Before the pandemic, L&D delivery was still very dependent on a face-to-face, four-or five-hour long curriculum,” Khanna says. “Then technology invaded, and the way L&D [was delivered] completely changed. I don’t think we’ll go back to that world where you would go for three- or five-day workshops and get locked into a room for hours. I don’t think that is going to happen any time soon.” 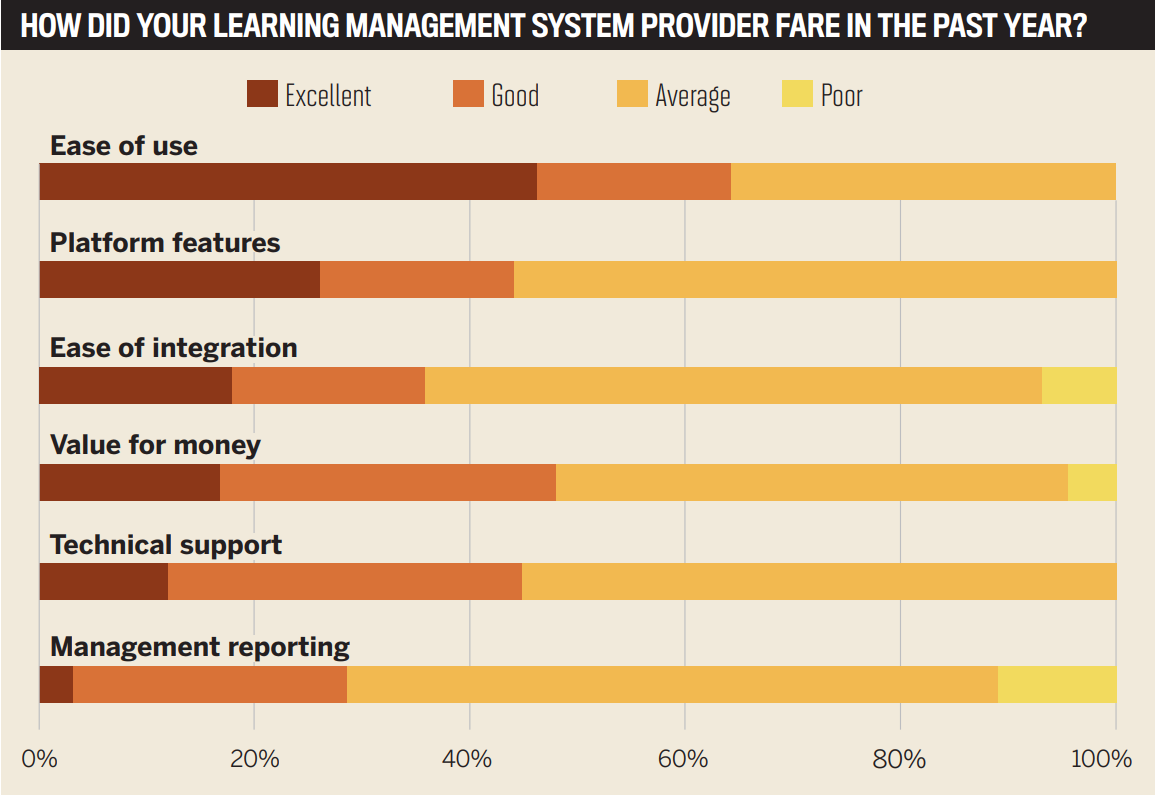 The accelerated adoption of virtual learning

The mass adoption of remote working was vital in enabling the shift from classroom learning to an entirely virtual experience. Khanna points out that even organisations that had their doubts about the feasibility of online learning were forced to adopt it anyway. Before COVID-19, organisations were generally split into two camps: those that believed in the value of in-person training and those that were all-in for e-learning. Both stood firm in their beliefs and poured all their L&D investments into what they thought would work best for their culture and business.

“Then the distinction suddenly disappeared, and L&D became digital first,” Khanna says. “It was not an option any more, and it became an imperative. So as everything became digital, how do you go about delivering something virtually? I remember a lot of trainers, facilitators and coaches had to first recalibrate themselves to the digital world. Now organisations have hugely invested in digital platforms and gone virtual.”

Even though he doesn’t foresee a return to those long, drawn-out training workshops, Khanna believes classroom learning still has its place.

“There are certain aspects of L&D that will only run in a classroom scenario,” he says, highlighting leadership development programs as an example. “The nature of those programs is not just to impart knowledge and develop skills in people, but it’s an immersive experience.”

Pros and cons of going virtual

One of the downsides of virtual learning is that digital platforms lack the same level of interaction and feel too impersonal to make learning an engaging experience. Despite this, Khanna thinks the importance of classroom learning will “significantly drop” in time and will only make up a small portion of the overall L&D effort. All future initiatives or programs will likely have some sort of digital element to them.

“A lot of workplace leaders are complaining that education now seems to consist of somebody in a box talking to them or just reading things that they’re already reading on the screen,” he says. “The level of dialogue and inquiry around the topic in question has reduced a lot.”

Many organisations and leaders have been finding ways to make online learning more interactive, such as using social media-like platforms that allow users to like and share ideas or lessons on a feed, engage peers in a discussion, or recommend classes to co-workers. Coles, however, doesn’t think technology can fill that void.

“Technology cannot answer the problem of interaction,” he says. “Tech is not the answer to everything – definitely not for human interaction.”

However, he does believe that digital learning can enable a faster exchange of information and the transfer of essential, functional skills. It can help meet learners’ needs to fix short-term issues on the spot. For instance, if you need to learn a new skill to solve an urgent issue at work, you can quickly watch an instructional video online and apply the skill immediately. Virtual learning can thus enhance the on-the-job training experience and ensure employees actually apply and practise what they learn.

As for longer-term skills that require any sort of mindset or behavioural change – for example, leadership development – virtual learning alone will likely be insufficient. Instead, Coles recommends applying the 70-20-10 model of learning: 70% learning through on-the-job experiences, 20% through interaction with others and 10% through structured courses and programs. That 10% can be done digitally, while the other two aspects can have a mix of both online and offline experiences.

“I foresee a role for the classroom in the practise and understanding level [of skills],” Coles says.

“But equally, there’s a role for digital in all three of those levels. It’s just a case of being absolutely clear on what you are trying to do.” 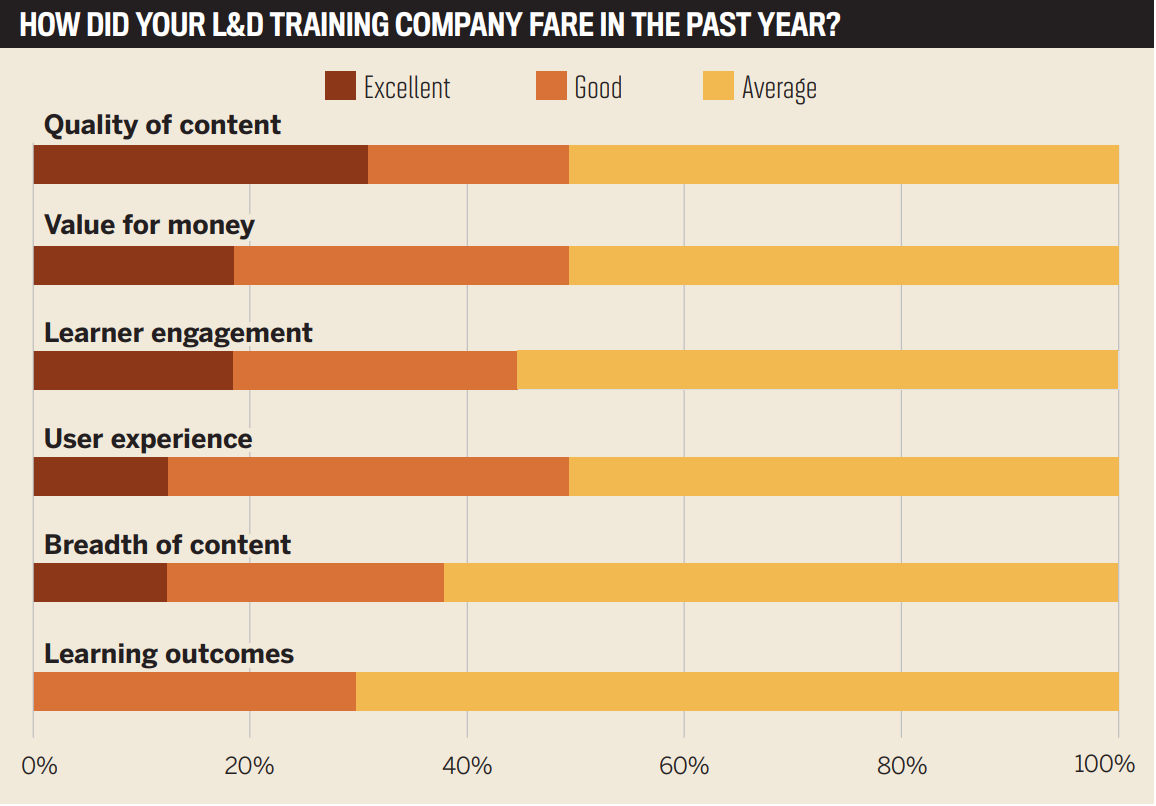 The future of L&D

Tech-led learning might be the norm right now, but what will the future of L&D look like? Sarah Danzl, head of global communications at Degreed, says it’s “hard to tell”.

“We’ve got some big challenges in front of us,” she says. “I hope that we will see L&D and HR teams become more dynamic. I believe strongly that many L&D and HR teams are rooted in traditional ways of thinking about people’s development. I’m hoping that we’ll start to see more modern views of what learning and skills development and supporting people through their careers could look like.

“I think that means supporting people in the jobs they have now, but also in the ones they want for the future. It means thinking about careers differently – that you don’t have to just move your people from full-time role to full-time role, but that you can help them grow new skills with stretch assignments, internal mobility with short-term projects and other teams, as well as through mentoring and coaching. So, I hope that it becomes a little bit more fluid.”

Khanna, meanwhile, hopes the momentum built during the pandemic can extend beyond the crisis. The times when people used to dread week-long training sessions might soon be over as the industry transforms into a more personalised experience that caters to each person’s schedule and needs. Khanna believes professionals now have a strong desire to grow in their careers, so there will be a natural pull towards attending training sessions.

“We don’t have to push people to complete or show up and attend things any more,” he says. “People now want to do it themselves. I think that’s the biggest thing that will happen: L&D will shift from a push-based function to a pull-driven function.”

Another positive development from the pandemic is how learning has been democratised. This could also be a reason why more individuals are keen on learning, which will help the sector continue to progress.

“Most of the world has now realised that it’s good to learn without a specific requirement or end use in mind,” Khanna says. “A lot of learning that was perhaps seen as a waste of time or not important [now has value]. I think value addition has increased in the L&D function.

To select the best L&D service providers for 2021, HRD enlisted some of the industry’s top experts. During a 15-week process, our research team conducted one-on-one interviews with HR professionals and surveyed thousands more within HRD’s network to gain a keen understanding of what HR professionals think of current market offerings. Participants were first quizzed on what features of L&D platforms and training providers they thought were most important and then asked how the L&D service providers they dealt with rated based on those attributes.

Platforms and training providers were measured on their ease of use, technical support, platform features, learning outcomes, value for money and, most importantly, the strength of the individual products they provide. At the end of the research period, the L&D providers that received the highest rankings were named 5-Star Award winners.