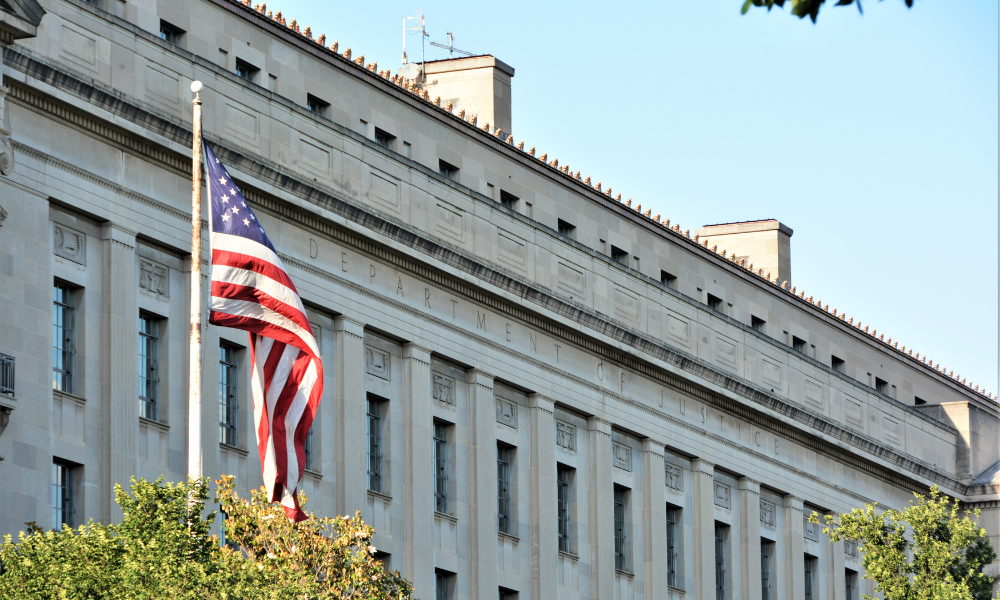 The Department of Justice (DOJ) is challenging a decision disallowing masking mandates on public transportation.

A U.S. district judge ruled last week that the mandates, which apply to planes, trains and other forms of public transportation, were unlawful. The department filed notice appealing the ruling to the 11th Circuit Court, but did not detail if it intended to seek an emergency order to reinstate the requirement or detail the grounds for the appeal, reported Reuters.

This comes days after the DOJ announced that it and the Centers for Disease Control and Prevention (CDC) disagree with the district court’s decision. The DOJ intended to appeal that decision, pending CDC approval, it said last week.

“The Department continues to believe that the order requiring masking in the transportation corridor is a valid exercise of the authority Congress has given CDC to protect the public health. That is an important authority the Department will continue to work to preserve,” the justice department said in a press release.

The following day, CDC gave DOJ the green light to appeal the decision.

“CDC continues to recommend that people wear masks in all indoor public transportation settings. CDC’s number one priority is protecting the public health of our nation,” said CDC. “As we have said before, wearing masks is most beneficial in crowded or poorly ventilated locations, such as the transportation corridor.”

On April 13, CDC explained that the order would remain in effect while it assessed current public health conditions, and that the Transportation Security Administration (TSA) would extend its directive implementing the order until May 3 to facilitate CDC’s assessment.

“When people wear a well-fitting mask or respirator over their nose and mouth in indoor travel or public transportation settings, they protect themselves, and those around them, including those who are immunocompromised or not yet vaccine-eligible, and help keep travel and public transportation safer for everyone,” according to the CDC.

After the CDC called on the DOJ to appeal the decision, the U.S. Travel Association reasserted its view that mask usage on public transportation should be an individual choice. It also mentioned that President Joe Biden echoed this sentiment.

“Masks were critically important during the height of the pandemic, but with low hospitalization rates and multiple effective health tools now widely available, from boosters to therapies to high-quality air ventilation aboard aircraft, required masking on public transportation is simply out of step with the current public health landscape,” said the association.

On April 19, Uber announced masks are now optional for both drivers and riders in the United States, according to a report.

Companies have also previously dropped COVID-19 vaccination mandates in the workplace. However, more than one-third of employers in the United States still plan to implement such a policy, according to a report released in January.