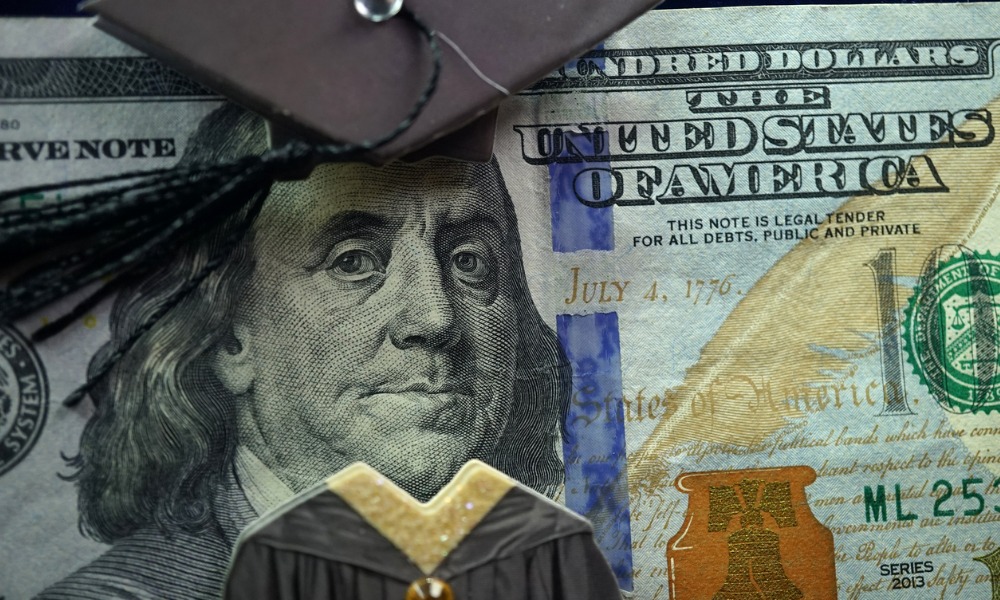 A federal appeals court has issued a nationwide injunction after six states filed a lawsuit that the program not only threatens their future tax revenues, but also requires approval by Congress.

“The injunction will remain in effect until further order of this court or the Supreme Court of the United States,” a three-judge panel of the 8th Circuit Court of Appeals in St. Louis said in its ruling.

Initially, a federal judge rejected the challenge brought by Nebraska, Missouri, Arkansas, Iowa, Kansas and South Carolina, saying that while they raised “important and significant challenges to the debt relief plan,” they ultimately lacked legal standing. However, the appeals court said that Missouri had shown a likely injury from the program: the Missouri Higher Education Loan Authority (MOHELA), a major loan servicer, would lose revenue under the plan and Missouri’s state treasury department receives money from MOHELA.

“Whatever the eventual outcome of this case, it will affect the finances of millions of Americans with student loan debt as well as those Americans who pay taxes to finance the government and indeed everyone who is affected by such far-reaching fiscal decisions,” the panel said in its ruling.

Last week, the Biden administration stopped accepting applications for relief after a federal district judge in Texas blocked the plan on Thursday. U.S. District Judge Mark Pittman ruled that the program is “an unconstitutional exercise of Congress’s legislative power and must be vacated,” Politico reported.

In August, Biden announced his long-awaited plan to tackle the national student debt crisis, directing the Department of Education to cancel $10,000 in federal student loan debt per borrower, for those making less than $125,000 annually. Meanwhile, recipients of Pell Grants, awarded only to undergraduate students who display exceptional financial need, will see up to $20,000 wiped out. According to The White House, the historic initiative would assist up to 43 million borrowers, including eliminating the full remaining balance for roughly 20 million borrowers.

“As conversations around the debt landscape have evolved and more attention has been paid to the significant financial and emotional toll of student debt, employers have begun to take a closer look and think through solutions for their employees,” Kristen Carlisle, general manager at Betterment at Work, told HRD in August. Betterment at Work is a 401(k) provider from New York City-based Betterment’s retail investment platform, which boasts more than 730,000 customers.

More than half of employees (57%) believe their employers should play a role in helping them pay down their student debt, whether that’s via direct financial support or offering digital tools or advisors to help guide them through the process, according to a Betterment survey conducted last year.

HR leaders are taking notice. Student loan repayment assistance is the second most popular benefit (behind financial wellness) employers are looking to add in the coming years, according to the 2021 SmartDollar Financial Wellness Benefits Study by Ramsey Solutions.

“We’re increasingly hearing from others in the industry that businesses are beginning to match employee contributions to their student loans, a cutting-edge benefit that we expect to increase in popularity to help employees combat this difficult financial burden,” Carlisle said.

Tuition reimbursements are also on the rise, as companies compete for talent during the Great Resignation. Employees have been leaving their positions for greener pastures, demanding higher salaries, better working conditions, improved work/life balance and more opportunities to advance their career. With the scales tipped in favor of labor, most employers are having to increase their compensation and benefits packages beyond the traditional health care, dental, vision and 401(k) offers. Tuition reimbursement, especially for millennials and Gen Z, can be the difference maker.

Through 2025, employers can continue to make contributions of up to $5,250 per employee annually toward eligible education expenses without raising the employee's gross taxable income under Section 127 of the Internal Revenue Code. California companies offering tuition reimbursement to employees include Apple, Chipotle, Wells Fargo, The Walt Disney Company, Gap, Taco Bell and more.

“As this continues to be a focus on Capitol Hill,” Carlisle said, “I anticipate we will see more movement to enable employers to offer student loan support benefits rather than a complete erasure of debt altogether. This may look like tax incentives for business owners, which is already in consideration as it relates to enhanced benefits packages.”