The state has introduced a bill that would impact large employers 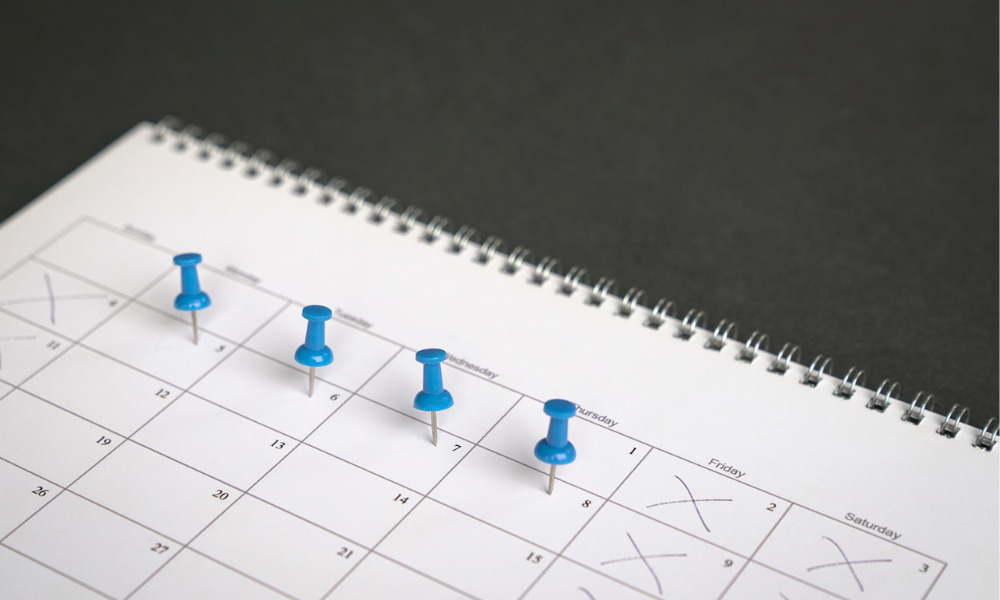 If any state would implement a four-day workweek, it’s California.

“The Golden State” has introduced a bill that would make the official workweek 32 hours for companies with 500 employees or more, giving higher raises and time-and-a-half pay to any worker who surpasses that cutoff. Unlike other companies who have made the transition, a typical workday would remain eight hours under the proposed state law.

AB 2932 also states that 12 hours past the 32-hour cutoff would require double the normal wage and workers wouldn’t be docked pay for working less than 32 hours, USA Today reported. AB 2932 is under review with the Labor and Employment Committee and a hearing date has yet to be scheduled.

The California bill was written and proposed last week by State Assembly members Cristina Garcia and Evan Low. “We’ve had a five-day workweek since the Industrial Revolution,” Garcia told The Los Angeles Times. “But we’ve had a lot of progress in society, and we’ve had a lot of advancements. I think the pandemic right now allows us the opportunity to rethink things, to reimagine things.”

The California Chamber of Commerce has called the bill, which would affect nearly 2,600 companies in California, a "job killer," arguing it would make hiring more expensive.

Similar to the “right to disconnect,” a four-day workweek has proven popular outside the United States. Earlier this year, Belgium legalized the right of workers to earn a full salary for compressing their five-day workweek into four days — though employers can turn down such requests with a written explanation. In Iceland, it has been the norm for a while, with 86% of Icelandic workers either enjoying the perk or having the right to ask to do so, Wired reported.

Currently, 35 companies in the U.S. and Canada, including New York City-based Kickstarter, are performing a six-month trial organized by nonprofit 4 Day Week Global. Nearly 2,000 employees are getting a paid day off weekly through the course of the trial. Similar pilot programs will roll out in the United Kingdom, Australia, Ireland and New Zealand.

Sidecar Health, an El Segundo, CA-based health insurance provider, isn’t ready to take the plunge just yet. That’s why this year the company instituted a four-day workweek for once a month. It’s a way to trial the growing trend while allowing its more than 200 employees to recharge after the tumultuous past two years.

“If we can give longer breaks where everybody is off at the same time and Slack and emails are quiet, that will help manage burnout,” Alex Coonce, chief people officer at Sidecar Health, told HRD.

Of course, the concept has its fair share of critics. “It just seems like fewer days, but more work,” Lattice Hudson, business coach and founder of Scottsdale, AZ-based Lattice & Co., told HRD. “The employees will be overburdened, plain and simple. Four days isn't enough to get jobs done, especially if these employees work for larger, more demanding companies. The workweek we have in place now allows for an even distribution of work throughout the week, so employees can avoid burnout while functioning at maximum productivity.”